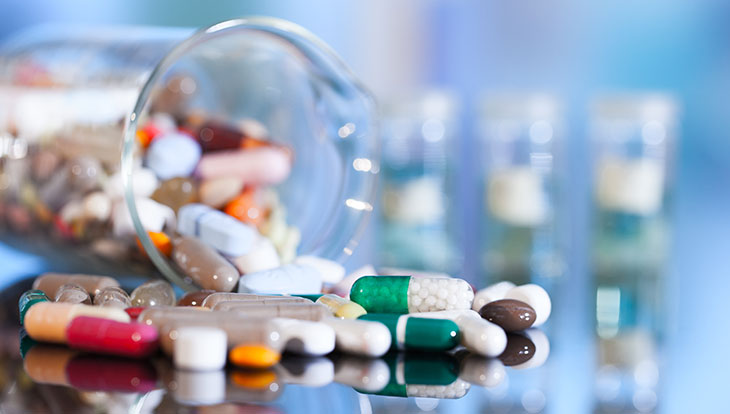 By Ben Stein, Inside Science - Testing whether a drug is safe and effective usually takes many years and millions of dollars. Now, researchers have discovered a surprisingly simple method that could quickly and inexpensively weed out many toxic drugs early in the testing process. The test simply explores how much a drug alters a cell's outer covering, or membrane.

Pharmaceutical companies go to great lengths to find out if a drug is toxic to humans. After test tube and animal trials, researchers move to trials with people. Even human trials, however, don’t always catch drugs that have toxic or unexpected effects on some people.

Researchers from the Weill Cornell Medical College and Rockefeller University, both in New York City, have developed a simple method that successfully flagged more than half the toxic drugs they tested. They presented their results at last month's annual meeting of the Biophysical Society in Baltimore.

The new method focuses on how drugs affect a key component of the cell membrane, known as the lipid bilayer. The lipid bilayer forms the membrane's overall structure. As its name suggests, it contains two layers of fatty molecules known as lipids. Other components, such as proteins, also reside in the membrane.

A Bunch of Bad Drugs

Drugs are usually designed to have specific functions, such as binding to a particular target protein. However, many drugs also have unintentional, "off-target" effects on other proteins, including those within cells' membranes. The researchers wanted to come up with a reliable and inexpensive way of detecting and measuring how drugs might affect membranes.

The researchers set out to test 134 well-known compounds, including a mix of non-toxic, moderately toxic and highly toxic ones, to see what they might do to cell membranes.

Attacks At The Border

The researchers created a sphere-shaped, synthetic model cell by wrapping an artificial cell membrane, a lipid bilayer, around a solution that included fluorescent dye. The researchers also inserted small proteins known as gramicidin onto each lipid layer.

If a drug affected the membrane's properties, it would produce dramatic changes in the gramicidin’s behavior, which the researchers could detect.

Ions of the element thallium, introduced into a solution outside the model cells, help the researchers with this process. When the thallium ions reach the inner part of the model cells, they extinguish the fluorescent glow. This usually happens very slowly, but when two gramicidins pair up along the lipid bilayer, they form channels that help ions cross the membrane and quickly dim the glow.

When the researchers measured this "quenching" of the artificial cell’s glow, they found that about 60 percent of the drugs known to be toxic tended to greatly accelerate the process, according to Weill Cornell's Lea Sanford, who was the first author of the study.

These toxic drugs may have either increased the rate at which the gramicidins paired up, or the time that gramicidin pairs stayed intact, or some combination of the two, Sanford said. In any case, the experiment showed that the toxic drugs exerted physical effects on the membrane.

"[I]t’s not hard to see how this would have general effects on membrane protein function and why it would be undesirable," said Olaf S. Andersen, a biophysicist at Weill Cornell, who was the senior author of the study.

Weed Out the Toxins

Drugs can be toxic to cells in many other ways, Andersen emphasized. For example, they can inhibit the function of important proteins for reasons that have nothing to do with the membrane. But the researchers think this method could be a simple, inexpensive part of a toolkit to quickly identify and weed out bad drugs.

Jon Sack, a professor of physiology and membrane biology at the University of California, Davis, called this work "very intriguing."

The test could "clear out a large number of compounds you never want to work with again because they're going to be toxic," he said. Working with artificial membranes provides a "middle ground" between expensive toxicity tests on living cells and less accurate computer algorithms that analyze a drug's chemical structure to predict toxic effects.

The membranes of cells are crucially important in living things, Sack said, but until recently, it has been difficult to get useful quantitative information on them. Andersen's group, however, is "taking the goo of life and turning it into physics and chemistry," he said.

Andersen says few other labs have been looking into how drugs disrupt cell membranes as a possible explanation for their toxicity. But with these promising results, he would like to see this change.

“I’m hoping very much that [we'll] begin to get some competition,” Andersen said.

Ben P. Stein, director of Inside Science, has been a science writer and editor since 1991; he tweets at @bensteinscience. Reprinted with permission from Inside Science, an editorially independent news product of the American Institute of Physics, a nonprofit organization dedicated to advancing, promoting and serving the physical sciences.Top image: Shutterstock