Curse Of The Rainbow Jersey In Cycling Detailed In BMJ Christmas Issue
By News Staff | December 15th 2015 05:47 AM | Print | E-mail

The cycling World champion is significantly less successful during the year when he wears the rainbow jersey than in the previous year, and many have said this is due to a curse.

Thomas Perneger at Geneva University Hospital, Switzerland, put his intellectual petal to the metal to find out if this curse is real and details his work in the Christmas issue of The BMJ.(1)

The "rainbow" jersey is worn by the current cycling World champion (it is white, with bands of blue, red, black, yellow and green across the chest) and many cyclists believe that the World champion will be afflicted with all manner of misery while wearing the jersey- injury, disease, family tragedy, doping investigations, even death - but especially a lack of wins. 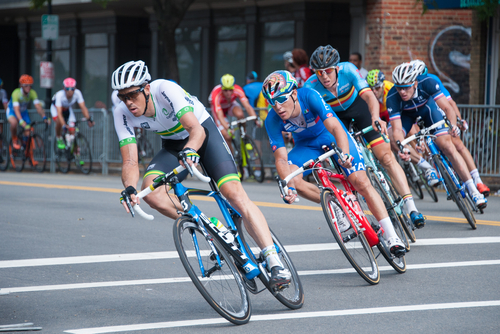 Theories include the "spotlight effect" (people notice when a champion loses), the "marked man hypothesis" (the champion, who must wear a visible jersey, is marked closely by competitors), and "regression to the mean" (a successful season will be generally followed by a less successful one - the phenomenon of 'averaging out' in statistics).

Perneger is Breaking Away from the pelaton by testing whether these theories are supported by racing results of cycling champions. He identified winners of the Union Cycliste Internatinale mens' World championship road race or the Tour of Lombardy from 1965 to 2013.

He then analyzed the number of professional wins per season in the year when the target race was won (year 0), and in the two following years (year 1 and 2); the World champion wears the rainbow jersey in year 1.

A mathematical model revealed that the baseline year accrued more wins than the other years, but the year in the rainbow jersey did not differ significantly from other cycling seasons.

Dr Perneger concludes that the cycling World champion "is significantly less successful during the year when he wears the rainbow jersey than in the previous year, but this is best explained by regression to the mean, not by a curse."

He notes that mistaking regression to the mean for the effect of treatment is is also a common error made by doctors and patients.

(1) BMJ catches lazy mainstream media journalists with these spoof articles each and every year during the season. Happy Christmas!