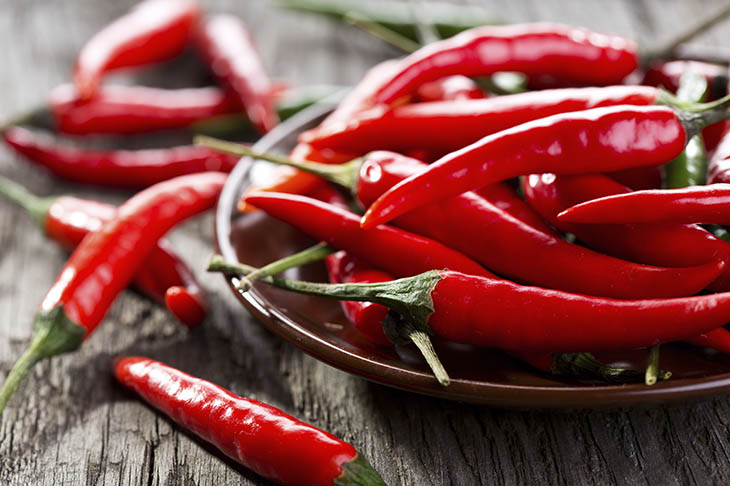 Like a spicy food? A recent study suggests you may live longer.

Tulane University epidemiologist Dr. Lu Qi co-led the study of more than 500,000 Chinese adults over seven years. The results indicated that participants who ate foods flavored with chili peppers every day reduced their risk of premature dying by 14 percent, as compared to people who ate chili peppers less than once a week.

Chili peppers contain capsaicin and other ingredients that may protect your health. Studies show capsaicin decreases appetite, may reduce risk of obesity and may offer antibacterial properties. It also may help protect against diabetes, cardiovascular disease, cancer and other conditions. Chili peppers improve inflammation and reduce blood pressure and oxidative stress, Qi adds.

And you don’t have to indulge every day.

“Even among those who consumed spicy foods less frequently [one to two days a week], the beneficial effects could be observed. Indeed, moderate increase of spicy foods would benefit,” someone’s health, says Qi, who is the HCA Regents Distinguished Chair and Professor of Epidemiology.

In China, chili pepper is a popular spice, and participants reported eating their peppers fresh, dried and in sauce or oil. In the United States, hot pepper sauce has increased in popularity over the last decade, according to market research. Other spicy foods like horseradish, black pepper, garlic and ginger also may offer similar benefits.

“There also is preliminary data from other studies showing such potential,” Qi says, noting that his study did not address those foods and that more research is needed on them.