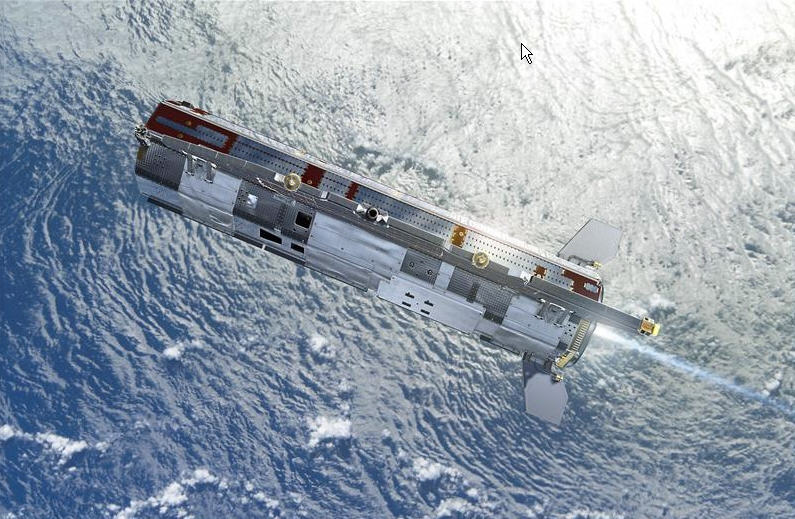 We might like to think of the earth as fixed and unmoving but that is not the case. Things are always shifting, even if we may not have noticed in the past.

But when sea level changes are a political issue, it is important to have accurate data - and that means understanding all of the factors involved. Researchers at the National Oceanography Centre (NOC) have discovered that a ‘slope’ on the ocean surface in the Strait of Gibraltar is lowering the sea level in Europe by 7 centimeters, a finding which will help to more accurately predict future sea levels because science will have a more complete understanding of the factors that control it.

Professor Chris Hughes of the NOC and University of Liverpool says, “Much in the same way that stirring a cup of tea makes it swirl around a low point in the middle of the cup, the rotation of the Earth causes ocean currents in the northern hemisphere to slope as they flow, with a low in the sea level on their left hand side.”

A current of water, with a volume approximately equivalent to four Amazon rivers, is currently flowing into the Mediterranean from the Atlantic, returning below the surface - which explains why the Mediterranean isn't filling up. This surface flow means that sea level must drop to the north, across the Strait of Gibraltar.

By studying ocean models, Hughes and collaborators were able to discover a simple relationship between the drop in sea level and the strength of flow of the ocean current. This relationship suggested that the sea level in Portugal should be about seven centimeters lower than that on the Moroccan coast.

With the help of new satellite gravity measurements, from the European Space Agency’s GOCE satellite as well as the NASA/DLR GRACE satellite, Prof Hughes was able to measure this sea level drop. The gravity field measured by these satellites provides data on where the sea surface would be if no slopes existed in the ocean.

By comparing this with the actual sea surface level, measured using satellite altimetry and tide gauges, it was possible to estimate the drop in sea level caused by the swirling currents. This drop is a large fraction of the total fall in coastal sea level between the equator and high latitudes.

The tide gauge data used in this research was from the NOC’s Permanent Service for Mean Sea Level, and is the only dataset capable of providing information on sea level changes at the coast that occur over long time scales. This research was funded through a combination of funding from the NOC, the National Environmental Research Council (NERC), and ESA. The work was undertaken at NOC, the University of Liverpool, and the University of Bristol.