Nitrite-oxidizing bacteria are key players in the natural nitrogen cycle on Earth and in biological wastewater treatment plants but scientists have learned something new about how they are powered.

For decades, these specialist bacteria were thought to depend on nitrite as their source of energy researchers have now shown that nitrite-oxidizing bacteria can use hydrogen as an alternative source of energy. The oxidation of hydrogen with oxygen enables their growth independent of nitrite and a lifestyle outside the nitrogen cycle.

Nitrogen, an essential chemical element for life, is transformed into its different chemical forms in numerous steps of the global nitrogen cycle. Nitrite-oxidizing bacteria are important players in nitrogen cycling since they convert the toxic nitrite to the less harmful nitrate. "Humans exploit this process in biological wastewater treatment. 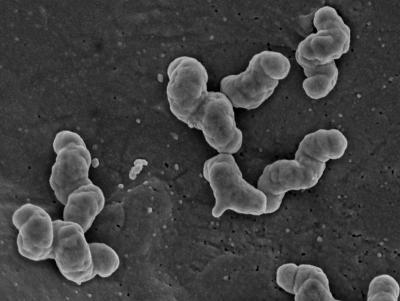 Moreover, the formed nitrate is a substrate for other important microbial processes and a source of nitrogen for many plants" explains Hanna Koch, first author of the study and Ph.D. student at the Department of Microbiology and Ecosystem Science of the University of Vienna.

Since the description of the first nitrite-oxidizing bacteria in the 19th century, scientists have assumed that the survival of these microorganisms would depend on nitrite as their source of energy.

Therefore, the presence of nitrite-oxidizing bacteria in the environment and in wastewater treatment plants has commonly been associated with the nitrogen cycle.

The environmentally most widespread nitrite oxidizers belong to the genus Nitrospira. These bacteria occur in the most different habitats such as soil, rivers, lakes and oceans, and even in hot springs. In addition, Nitrospira are the key nitrite-oxidizing bacteria in wastewater treatment plants. A team of scientists from Austria, Denmark, Germany, and France has now revealed surprising facts about these microorganisms.

"The genome analysis of a Nitrospira species indicated that this bacterium might use hydrogen as an alternative source of energy" says Holger Daims from the Department of Microbiology and Ecosystem Science of the University of Vienna.

The potential of Nitrospira to use hydrogen was then studied in detail. Detection, by NanoSIMS, of hydrogen-dependent carbon dioxide
fixation by single Nitrospira cells. The warmer the color, the more
carbon dioxide was incorporated by the cells. Copyright: Arno
Schintlmeister, University of Vienna

The hydrogen-dependent growth of Nitrospira could be visualized in individual bacterial cells by using the high-resolution secondary ion mass spectrometer, also called "NanoSIMS", at the University of Vienna. Under high vacuum conditions like in space, this method shoots small particles out of single bacterial cells for subsequent identification by mass spectrometry.

"This exciting approach is feasible at very few research institutions worldwide", says Daims about this high-tech equipment. The scientists could show that Nitrospira cells, which use hydrogen as the source of energy, incorporate carbon dioxide into their biomass. This metabolic activity is linked to cell proliferation and was important evidence that the Nitrospira bacteria indeed use hydrogen for growth.

These newly discovered features raise numerous questions about the lifestyle of the "free-living" close relatives of this Nitrospira species in the environment and wastewater treatment plants.

New insights into the ecology of nitrite oxidizers

"The oxidation of hydrogen not only enables Nitrospira to colonize unexpected habitats, but also sustains their activity when nitrite is not available" explains Hanna Koch. Holger Daims adds: "This discovery was a great surprise to us. In the next step, we will explore how extensively environmental nitrite oxidizers use hydrogen as an energy source. Our goal is to better understand the ecology of these important bacteria and their significance for the global cycles of nitrogen and carbon".