Some people just age better than others and it is isn't due to lifestyle. Most centenarians smoked cigarettes at one point, many were obese and almost all eat red meat.

Perhaps birds can tell us what really matters. 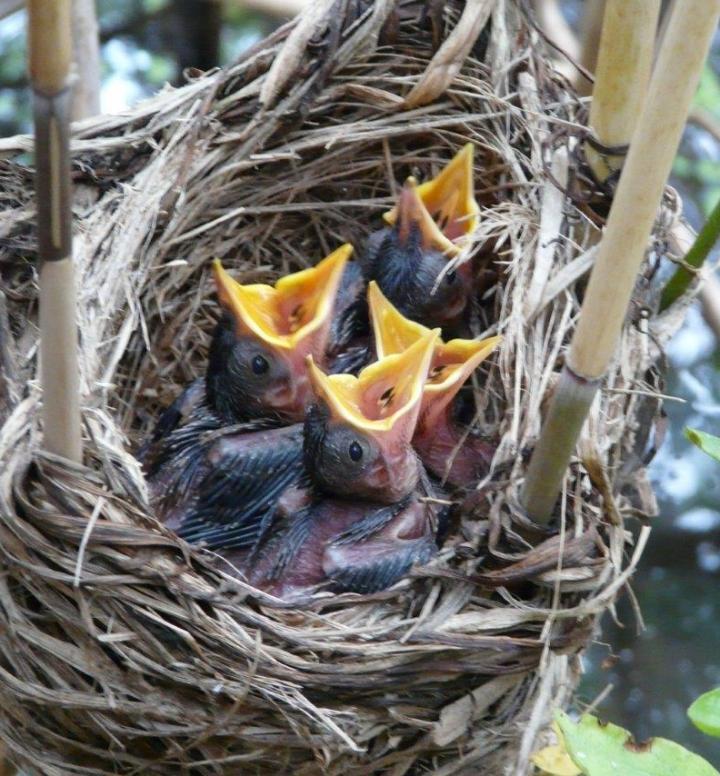 These ringed great reed warblers are laughing because they will age better than you. Credit: Lund University.

A new study investigated various factors which affect whether chicks are born with long or short telomeres, to find explanations for the large variation in telomere length in newborn individuals. It should be advantageous to start life with longer telomeres rather than shorter telomeres.

"It is remarkable that already so early on in life, there are already such major differences between individuals, both in humans and in animals," says Asghar Muhammad of Lund University, one of the researchers behind the study.

The researchers used data from a 30-year-long study of individually recognizable ringed great reed warblers at lake Kvismaren, south Central Sweden. The aim of the study was to find out which inheritance factors affect the length of the chromosome ends in chicks. Thanks to the long series of measurements, it was possible to compare the length of telomeres in newborn individuals with that of their parents when these were newly hatched chicks.

The results showed that the length of the telomeres in this songbird depends on a fairly even distribution of hereditary and non-hereditary factors. It appears that the older the female is at the time of the chicks' birth, the longer the chicks' chromosome ends will be. The non-hereditary factors consist of various aspects connected specifically to the female, not to the male. For example, the female can affect the hormone levels or antibodies in the egg yolk which the chick ingests even before hatching. These factors may then affect how fast telomeres shorten until chicks are 10 days old.

Muhammad observes that the great reed warblers differ from humans in this, as previous research has shown that the non-hereditary factors which are significant to chromosome ends in human offspring are connected to the father rather than the mother. "In humans, there is a link between the father's age and the length of the child's telomeres. The older the father, the longer the telomeres."