News Staff
Though often get graphical representations of what an exoplanet that has been discovered might look like, in reality they are statistical wobbles.

And a new study finds that of the some 5,000 planets detected outside our solar system, three are likely not planets, but stars. The new analysis of the data finds that Kepler-854b, Kepler-840b, and Kepler-699b are probably between two and four times the size of Jupiter. So they are likely small stars instead.

A fourth planet, Kepler-747b, is about 1.8 times Jupiter’s size, which is comparable to the very largest confirmed planets. But Kepler-747b is relatively far from its star, and the amount of light it receives is too small to sustain a planet of its size. Kepler-747b’s planetary status, the team concludes, is suspect but not entirely implausible. 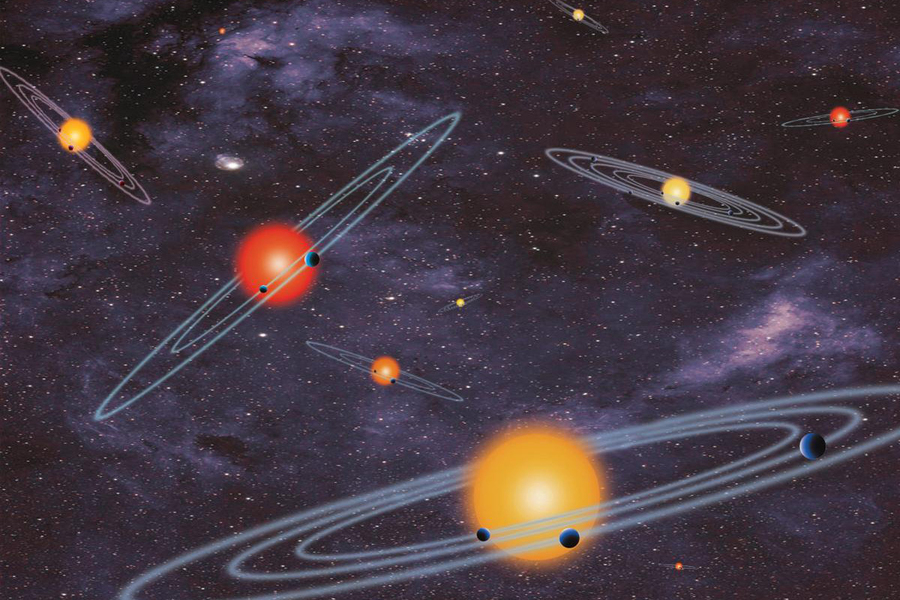 “Most exoplanets are Jupiter-sized or much smaller. Twice [the size of] Jupiter is already suspicious. Larger than that cannot be a planet, which is what we found,” says the study’s first author Prajwal Niraula, a graduate student in MIT’s Department of Earth, Atmospheric, and Planetary Sciences.

When combing through the Kepler catalog to look for systems with signs of tidal distortion, he came upon a signal from Kepler-854b that appeared too large to be true.

“If you have two objects close to each other, the gravitational pull of one will cause the other to be egg-shaped, or ellipsoidal, which gives you an idea of how massive the companion is,” Niraula explains. “So you could determine whether it’s a star-star or star-planet system, just based on that tidal pull.”

The team then took a second look at both the star and the planetary candidate. As with all Kepler-detected planets, Kepler-854b was spotted through a transit detection — a periodic dip in starlight that signals a possible planet passing in front of its star. The depth of that dip represents the ratio between the size of the planet and that of its star. Astronomers can calculate the planet’s size based on what they know of the star’s size. But as Kepler-854b was discovered in 2016, its size was based on stellar estimates that were less precise than they are today.

The team confirmed that Kepler-854b was a planetary “false positive” and set out to find more, which led to the new results.
News Articles
More Articles All Articles
About