News Staff
In western countries, there is a lot of talk about globalization and agriculture being negative things about the modern world. They instead offer terms like "agroecology" and "locally grown" and "sustainable."

To paraphrase U.S. President Eisenhower, when the only hoe you have ever seen is in a Twitter posting by an organic industry trade group, farming is easy.

In the real world, globalization and modern agriculture have prevented the kind of famines that occurred often in the past. It is true that in North America and much of Europe you can grow plenty of wheat locally, but in most of the world temperate crops can't be found within 2,000 miles. Globalization has resulted in diverse diets for most of the planet and nowhere is that more evidence than during the current COVID-19 pandemic, as global food supply chains become disrupted. 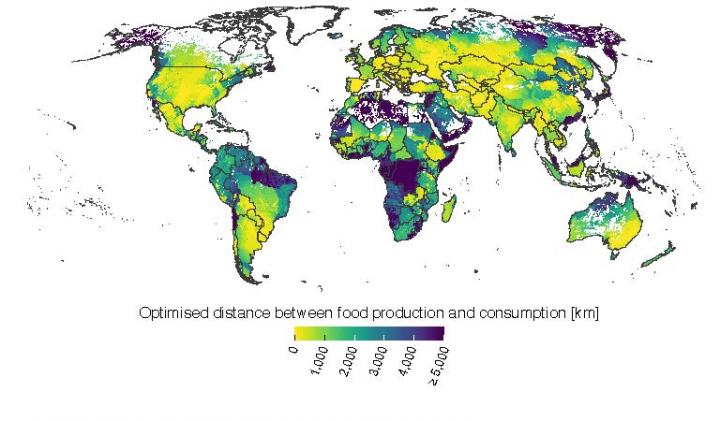 A recent study modeled the minimum distance between crop production and consumption that humans around the world would need to be able to meet their food demand. It factored in six key crop groups for humans: temperate cereals (wheat, barley, rye), rice, corn, tropical grains (millet, sorghum), tropical roots (cassava) and pulses. The distances between production and the consumer for both normal production conditions and scenarios where production chains become more efficient due to reduced food waste and improved farming methods were inputs and it found that only 27 percent of the world's population could get their temperate cereal grains within a radius of fewer than 100 kilometers. The share was 22 percent for tropical cereals, 28 percent for rice and 27 percent for pulses. In the case of maize and tropical roots, the proportion was only 11-16 percent.

Locally grown is a marketing claim, not achievable agriculture, unless you were born lucky

There are foodsheds, of course. The state of California could feed itself, as could France, and the U.S. even exports food to the world. But 85 percent of the entire world's agricultural subsidies are paid by Europe to European farmers so they can be competitive outside their home states. Without that, exports would disintegrate and the impact on transport infrastructure would be immediate. To make food competitive in Europe, rather than supplying diverse locally grown items, foodsheds have become relatively compact areas for individual crops. Other foodsheds span the globe, which shows that the diversity of our current diets creates global, complex dependencies.

Local production alone cannot meet the demand for food; at least not with current production methods and consumption habits.

Many countries would need to ramp up their usage of fertilizers and pesticides, some would not have enough water. Greenhouse gas emissions would likely rise without globalization, something protesters do not understand.

'The ongoing COVID-19 pandemic has renewed focus on the importance of self-sufficiency and local food production.  But just as celebrity journalists can pretend their tinctures, organic soaps, and photonic supplements treat the disease, beliefs that everyone can support their own population when rich countries are competing for animal feed, fertilizers and energy are in defiance of reality.
News Articles
More Articles All Articles
About