News Staff
The Tibetan plateau covers nearly 1,600,000 square miles. With an average altitude of nearly 14,000 feet, Tibet is called the Roof of the World for good reason. It contains the world's two highest peaks, Mount Everest and K2, and the vast Himalayan mountain range towers higher than anywhere else on Earth.

Some researchers contend it has been that height for most of its existence while others argue the roof of the world has gotten higher.


Using new analyses of the Indian Ocean seabed and calculations of the movement of Earth's tectonic plates, a new paper argues that there was a major geological change in Tibet about 15-18 million years ago, one that caused the wide area to rise between 300 and 600 meters.

The change is due to a head on collision between what are today India and China. India was originally located much further south, but the tectonic plate upon which India lies gradually moved northwards over millions of years and closer to China, until they finally collided to form Tibet. 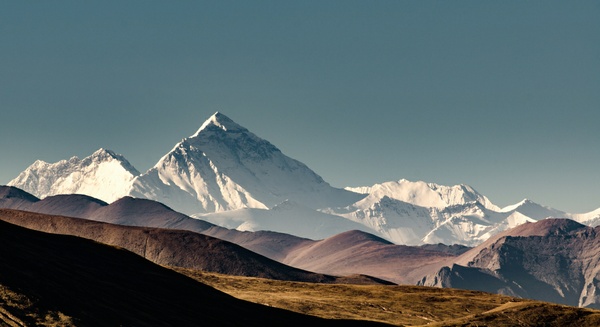 Qomolungma means 'Mother of the Universe' in the Tibetan language. We call it Mount Everest. Getty photo via the University of Copenhagen

Using plant fossils and geochemical analyses of rocks found in the mountainous region, some scientific researchers have been quite sure that Tibet looked the way it does today as far back as 20-30 million years ago and that its altitude has not changed over time. Others argued that the prolonged and decelerating collision between India and China was caused by Tibet shooting upwards as much as two kilometers over a few million years. The new papers says the answer is found somewhere in between.

Finding an answer at the bottom of the Indian Ocean

Continuously through time, hot stones and other material are spat from Earth's interior onto the ocean floor. They have much to reveal about the movements of Earth's tectonic plates. Encoded within these lavas are records of Earth's magnetic polarity - the direction of Earth's north and south poles.

Polarity has reversed several times in Earth's history, meaning that North has become South and vice-versa. And, scientific researchers know roughly when these flips occurred. As such, they can trace tectonic plates to specific places and times during Earth's history using their magnetization along a so-called geomagnetic timescale.