Massimo Pigliucci
In a forthcoming episode of the Rationally Speaking podcast, Julia and I discuss the philosophy and science of suicide, i.e. what empirical inquiry tells us about suicides (who commits them, how, what are the best strategies for prevention) and how philosophical reflection may lead us to think of suicide. In this post I will focus on the philosophical side of the discussion, for which an excellent summary source, with a number of additional references, is this article by Michael Cholbi in the Stanford Encyclopedia of Philosophy, to which I will keep referring below.
Suicide is an important, even urgent, topic, as the number of suicides has increased over the past 50 years, with about 1 million people taking their lives annually. In the United States, that amounts to about one suicide every 14 minutes (i.e., on average, three during our podcast). And yet, at first sight even a concept  as seemingly obvious as suicide poses some significant problems right at the outset, when we consider a proper definition of the term. 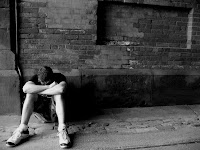 One thing I definitely don’t go for is any kind of “sanctity” argument in opposition to suicide. I do not even consider for a moment, of course, any religious version of it, since I reject religion as a source of either knowledge or wisdom. The secular version, however, owes us an explanation of why, exactly, life is sacred, and no, Kant’s bizarre argument about the source of the moral law just isn’t going to cut it.

Again, both the Stoics and Hume, seems to me, got it exactly right: life is valuable to the individual who is alive if it can be pursued according to certain conditions (e.g., it yields sufficient pleasures, the possibility of pursuing one’s own goals, is characterized by meaningful relationships, and so forth).

To quote Hume again, “The life of man is of no greater importance to the universe than that of an oyster.” Meaning and value are human concepts, and it is up to human beings — individually and societally — to make of them what they wish.