Project Calliope
Telstar 1 enabled the first transatlantic TV broadcasts, was the proof that communications satellites were viable, and began start of an industry.  It also provided the first US #1 Billboard song hit, from a song about Telstar 1 by a group called the Tornados.  The song was simply called 'Telstar' and is also notable as an early piece of electronica.

Telstar is a 1962 instrumental record performed by The Tornados. It was the first single by a British band to reach number one on the U.S. Billboard Hot 100, and was also a number one hit in the UK. The record was named after the AT&T communications satellite Telstar, which went into orbit in July 1962. The song was released five weeks later on 17 August 1962. (mp3/vid and writeup courtesy of  45rpmsingles).

In a profile illustrating the convergence of songwriter Joe Meeks and Bell Labs engineer John Pierce-- "satellite of love that sparked a revolution" at the National Post-- the argument is that art led to tech, which led back to art.  Specifically, Pierce was an engineer but also a science fiction writer who built on Arthur Clarke's scifi concept of a satellite in fiction, then worked to make communication satellites Echo 1 and Telstar 1 become a reality, which then led to the music interpretation of Telstar as a song.


The path to Joe Meek’s paean began with a fateful article in the October 1945, issue of a British journal called Wireless World. Its writer proposed that a manned station be placed in orbit around the Earth at over 22,000 miles (35,542 kilometres) above the ground. At that distance, said station would circle the Earth in unison with the Earth’s own rotation on its axis. Since the orbital vehicle would always be above a precise spot on the Earth, it would be ideal for relaying telecommunications. The writer of this article? Arthur C. Clarke, later to be famous for such novels as 2001: A Space Odyssey. (National Post)

As to whether the song has merit, listen for yourself (again via 45rpmsingles on YouTube). 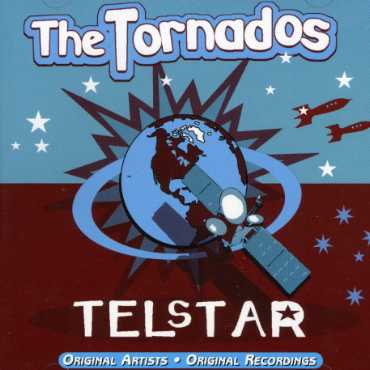 p.s. while I have no evidence that a Telecaster guitar was used in the song, there is a recent Telstar guitar that combines the Telecaster and Stratocaster designs, thus providing yet another case of art mimicing tech.