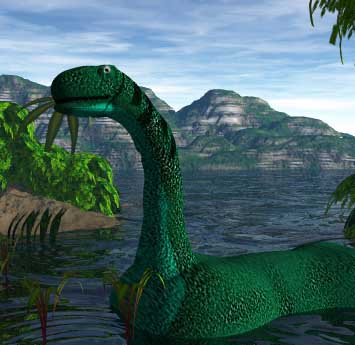 A new analysis of the long-necked dinosaur family tree says Apatosaurus excelsus is oh so wrong and Brontosaurus is oh so right.

In 1879, paleontologist Othniel Charles Marsh found a long-necked dinosaur fossil and concluded it was a new genus and species, which was named Brontosaurus excelsus. It had a really long neck like, you know...a Brontosaurus, if you are of a particular age and learned it as such. But it hasn't been that scientifically since 1903. Instead, it was determined that it was another species of late-Jurassic sauropod, similar Apatosaurus ajax, which had been found in the same place in 1877, and so Brontosaurus became A. excelsus.

But some paleontologists never gave up and they may be a little closer to being scientifically correct.  They say the differences are so substantial it was a mistake not to call Bronosaurus its own genus, though the last time it was undertaken in 2004, the analysis agreed it was not its own genus. "The question for me is when we look at these changes, and we say the shape of this bone is different, the shape of that bone is different, it's hard for me to say that they are equivalent changes," John Whitlock, a paleontologist at Mount Aloysius College, told Stephanie Pappas at Livescience.

The International Commission on Zoological Nomenclature is unlikely to change its mind, since nothing else in the last 112 years has convinced them.

If they do, it could set a bad precedent. What's next, Pluto will go back to being a planet?