Home > Neuroscience > The Science of Love 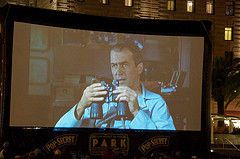 A University of Missouri study found that the testosterone levels of men dropped when they interacted with the wife of a close friend.

What does this mean? Testosterone is the chemical of sexual desire and aggression in both men and women. Men's T-levels tend to rise when they're around a potential sex partner -- as well as when they're around the mate of their enemy. Interesting, no?

Extrapolating, the researchers think that this mechanism may have evolved to help social cooperation in villages. According to the press release, Lead researcher Mark Flinn says, "… our findings suggest that men's minds have evolved to foster a situation where the stable pair bonds of friends are respected. … Ultimately, our findings about testosterone levels illuminate how people have evolved to form alliances. Using that biological understanding of human nature, we can look for ways to solve global problems."

The study "Hormonal Mechanisms for Regulation of Aggression in Human Coalitions" was published in the journal Human Nature. Co-authors were Davide Ponzi of MU's Division of Biological Sciences in the College of Arts and Science and Michael Muehlenbein of Indiana University.