Pagophagia and the Umami Hypothesis

Pagophagia is an eating disorder where you chew a lot of ice. A friend of mine had it. After she... 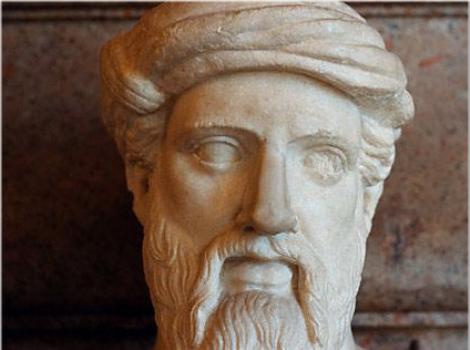 Not The Same Study Section: How The Truth Comes Out

In the latest Vanity Fair is a brilliant piece of journalism, Goodbye to All That: An Oral History...

The Power Law of Scientific Dismissiveness

In my experience, scientists are much too dismissive; most of them have a hard time fully appreciating...

How Dangerous is LDL Cholesterol?

We all know the term bogeyman — a fictional monster that empowers its inventor. According to...

Ben Casnocha asks what I mean by appreciative thinking.

A good question, since I invented the phrase. To learn appreciative thinking is to learn to appreciate, to learn to see the value of things. More or less the opposite of critical thinking.

When it comes to scientific papers, to teach appreciative thinking means to help students see such aspects of a paper as:

A friend wonders what I think about this editorial by Chris Anderson, the editor of Wired. Anderson says “faced with massive data, this approach to science — hypothesize, model, test — is becoming obsolete.” Anderson confuses statistical models with scientific ones. As far as the content goes, I’m completely unconvinced. Anderson gives no examples of this approach to science being replaced by something else. For me, the larger lesson of the editorial is how different science is from engineering. Wired is mainly about engineering. I’m pretty sure Anderson has some grasp of the subject. Yet this editorial, which reads like something a humanities professor would write, shows that his understanding doesn’t extend to science. It reminds me why I didn’t want to be a doctor (which is like being an engineer.)

Not long ago, Howard Wainer, a statistician I mentioned recently, learned that his blood sugar was too high. His doctor told him to lose weight or risk losing his sight. He quickly lost about 50 pounds, which put him below 200 pounds. He also started making frequent measurements of his blood sugar, on the order of 6 times per day, with the goal of keeping it low.

It was obvious to him that the conventional (meter-supplied) analysis of these measurements could be improved. The conventional analysis emphasized means. You could get the mean of your last n (20?) readings, for example. That told you how well you were doing, but didn’t help you do better.

Howard, who had written a book about graphical discovery, made a graph: blood sugar versus time. It showed that his measurements could be divided into three parts:

The Scientific Method: Half-Finished But Wholly-Accepted

In a science classroom at a middle school I saw a poster about “the scientific method.” There were seven steps; one was “analyze your data.” According to the poster, you use the data you’ve collected to say if your hypothesis was right or wrong. Nothing was said about using data to generate new hypotheses. Yet coming up with ideas worth testing is just as important as testing them.

Scientists are fond of placing great value on what they call skepticism: Not taking things on faith. Science versus religion, is the point. In practice this means wondering about the evidence behind this or that statement, rather than believing it because an authority figure said it. A better term for this attitude would be: Value data.

First-Born Children, Useless Data, and Me

Odd Numbers, an excellent blog by Jubin Zelveh at Portfolio.com, recently listed a few findings from the American Time Use Survey, which is in danger of being ended. They included:

- Married couples have very little influence over each other when it comes to how much time each spends on leisure, child care, and chores.