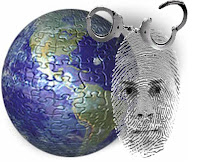 In the April 6, 2009 Edition of The Nation, Professor Michael T. Klare has written a rather thoughtful article ("Global Crime Wave?") on how the global economic crisis may be pushing a surge in crime that has a transnational impact.

As primary examples, Klare describes the well-known dramatic and dire situations in places like Mexico and Somalia, but he also points to possible impact in key strategic places like China and Russia. Problems like drug trafficking and maritime piracy are not new, of course, but the rising scale, the degree of associated lethal violence, and the state-nonstate connections make these threats much more complex. The resurgence of "Shining Path" in Peru - which started as a Maoistinsurgent movement in the 1980s - is now, Klare reports, inextricably connected to the region's transnational cocaine trafficking enterprise.

Klare further describes an emergent and growing syndrome of crime, violence and repression in some nations:

"This syndrome--declining employment in the core economy, growing reliance on jobs in marginal enterprises or in an unofficial black-market economy, and rising rates of violent crime leading to increased state repression--is likely to be repeated in a range of other countries suffering from the global economic crisis."

One result of this global crime epidemic, Klare fears, is a backlash of state repression, leading to human right violations (see earlier post on this site about the link between weak states an human rights abuses):

"Wherever one looks, then, the global economic crisis is destined to be accompanied by rising levels of crime, violence and--increasingly--state repression. Worried governments may attempt to forestall the risk of criminal disorder by spending more on law enforcement or, as in the case of China, stepping up the rate executions. In a world on the brink, this is unlikely to deter those like the Somali pirates who "only want money so we can protect ourselves from hunger."

Though there is no simple prescription for this growing crisis, Klare joins a chorus of analysts who suggest that economic development effort and security issues are deeply interconnected and that the international policy community should remain mindful of that connection in developing long-term solutions:

"Without a global stimulus effort aimed at those at greatest risk of destitution, hunger and homelessness, expect an epidemic of global crime and boom times for criminal syndicates and cartels everywhere."

Dr. Randy Borum is Professor in the College of Behavioral and Community Sciences at the University of South Florida, where he holds a joint appointment...