Steve Schuler
It seems nowadays that makers (1) like to carry spare electronic parts around in a mint tin. Maybe I’m just Macgyver-old-school and prefer the challenge of getting along with just duct tape and a Leatherman Juice (OK, it is indeed an upgrade from Angus' Swiss Army Knife). Anyway, I created my own electronics survival kit out of a zinc tablets box:

Later on when I found a wooden cork art jewelry box at Goodwill for .50 USD, I tore the guts out of it so I could make a jewelry box electronics survival kit.

Here’s a similar box so you can get an Idea of what it looked like before I tore the guts out of it: The parts that I have in the jewelry box include a breadboard, a 4.5 volt AAA battery box, and a dog’s chew-toy noisemaker speaker (if your dog has trashed its chew-toy, keep the noisemaker for parts).

The header pins you see sticking up out of the breadboard are similar to this: 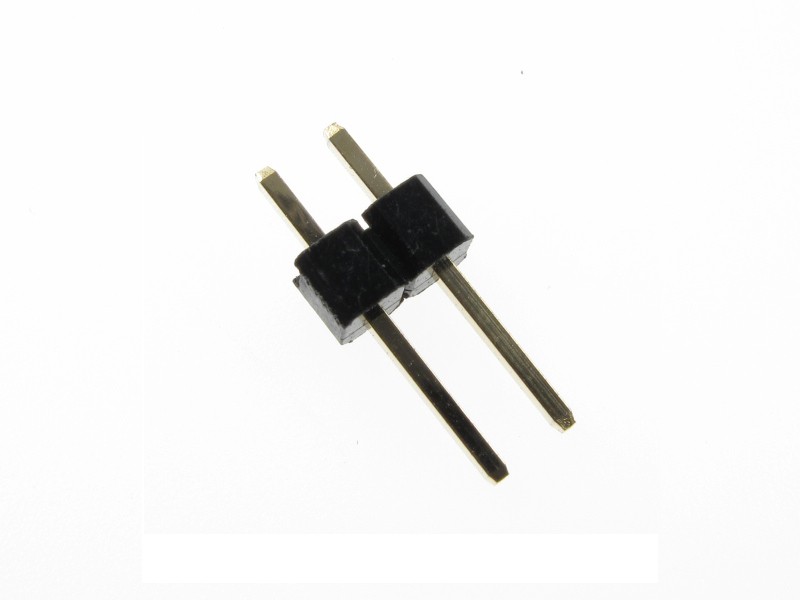 The reason I have the header pins in the breadboard is because I found some female header pin connectors that are solderless and you can connect wires to them like network punchdown blocks:

I’ll demonstrate how to add the connector to the 4.5V AAA battery box:

I made a simple circuit with a red LED, a 1K ohm resistor, and a single pole single throw switch to verify the connection of the contacts to the copper wire of the red and black leads to the 4.5V battery box. I also connected the speaker to the header pins on the left and I forgot to remove the red/green LED before shooting the photograph—they’re not connected up to anything.

Of course, your jewelry box electronics survival kit wouldn’t be complete without some electronics to carry along with it. Simply put them in a small Ziploc bag (small enough to fit inside the jewelry box). You can also put your breadboard jumper wires in a separate bag.

If fitting everything into the jewelry box isn’t all that important to you, you can get these small organizer boxes from Dollar Tree for…you know…a dollar. They come packaged with assorted hardware like nuts and bolts.

Adding the header pins to the build makes it convenient to plug other components into the breadboard like this reset button and hard drive LED indicator from an old computer. I’m also considering converting these retractable ear buds to a header connector cable.

I found this neat little program the other day called “Wireworld” (Brian Silverman). It’s a cellular automaton somewhat like John Horton Conway’s Game of Life. It is often used to simulate electronic logic gates, but we can use it here to demonstrate how a diode will allow electrons to flow in one direction but stop them flowing in the reverse direction. For and introduction to the diode and AC (Alternating Current) versus DC (Direct Current), please review this article.

The rules of Wireworld are simple (instead of an infinite grid representing Wireworld, we’ll be using a 40 X 40 square grid of cells). There are four different states for each cell:

A blank or background cell will always remain blank

An electron head will always change into an electron tail

An electron tail will always change into a wire

In the Wireworld program we can create a wire, say, 16 cells in length. When you point your mouse cursor at the first cell and left click on it you should see something like the following animated gif (the step-through is slowed down):

You can try it yourself here. Next, we can make a Wireworld diode. At the end of the wire draw a letter “C” using six of the cells at the right end of the wire. In the cell to the immediate right of the letter “C” you drew, draw another wire 16 cells long. It should look like this: As you did above, click the play button then point your mouse cursor at the cell at the far left of your diode and left click. Watch the electron head and tail cells travel across the wire from the far left cell to the cell on the far right. Next, click the cell at the far right. You can watch the electron head and tails cells travel across the wire from the far right, but they stop at the letter “C” in the middle. The Wireworld model of the diode allows electrons to flow in one direction, but not in the reverse direction. The following animated gif compares two Wireworld diodes showing electrons allowed to flow in the forward direction in the top diode, but being blocked from flowing in the reverse direction in the bottom diode.

I built the following circuit with my jewelry box electronics survival kit: In the following video I demonstrate how a red LED (Light Emitting DIODE) will light up when it is inserted in the breadboard in the forward direction allowing current to flow through the circuit. When I reverse the direction of the LED and switch on the circuit on, nothing happens because the LED blocks the flow of current through the circuit. The two-color LED (red/green) is actually two LEDs built into one package. When the two-color LED is inserted in one direction, the red LED lights up—the green led is reversed and can’t light up. When I reverse the LED, the green LED lights up and the red LED can’t light up, because it is reversed.

(1) Urban Dictionary definition of "maker:"  those who love to create things in their spare time (often electronic, often with their own hands). Also called Hobbyists. The term is popular in the open hardware and hardware hacking electronics communities.