Not that many years ago, many reusable food and beverage containers on the market worldwide were made from polycarbonate plastic.  Polycarbonate, which is made from bisphenol A (BPA), is an almost ideal material for these products since its clarity is comparable to glass, making it easy to see what’s inside, and it’s virtually shatter-proof – an important attribute for consumer products that could be dropped.

For years though, BPA has attracted considerable attention from scientists, environmental activists and the media.  Now, as a result of that attention, few of these products are made from polycarbonate and a variety of alternative materials are used instead.

What happened, and was it a good idea to abandon a high performing material with a safety track record spanning several decades?  With the benefit of 20-20 hindsight, perhaps it’s not surprising that the safety of the alternative materials is now being called into question.

Could it be that what seemed like a good idea at the time might have turned into a regrettable substitution?  And what can we learn from this experience that will help to avoid the same issue for other materials and products in the future?

Polycarbonate plastic was invented in the 1950s and its use has continued to grow ever since.  Anywhere that a clear, durable and lightweight material is needed, polycarbonate is a good candidate and you’ll find it today in countless products that we use every day.  From bicycle helmets to components of life saving medical devices, and eyeglass lenses to safety shields, polycarbonate makes our lives better and safer.

The critical ingredient that is necessary to make polycarbonate is bisphenol A (BPA), which has been the subject of extensive research – and more recently controversy – about its safety for more than 15 years.  Only trace levels of residual BPA, typically less than 50 parts per million, remain in polycarbonate plastic, and even smaller trace levels, typically in the range of 1 part per billion, can migrate into a food or beverage in contact with polycarbonate under typical conditions of use.

In spite of repeated and consistent scientific safety assessments by governments, starting in 2008 some legislatures in U.S. states and later elsewhere began to ban polycarbonate baby bottles.  None actually demonstrated that polycarbonate is unsafe, and some explicitly stated that their ban was based on the precautionary principle. As a result, product manufacturers began moving away from using polycarbonate in baby bottles, sippy cups and other products.

The general idea behind the precautionary principle is that precautionary measures should be taken in response to perceived threats to human health or the environment even if full scientific certainty about the threat is not available.  The principle is sometimes described in a common sense way as “better safe than sorry.”

From a scientific perspective, applying the precautionary principle as a solution to concerns about the safety of BPA seemed inappropriate.  Never mind that the actual threat to human health was not supported by government experts; a precautionary approach doesn’t provide a mechanism to address the safety of the most likely replacements.

Polycarbonate had to be replaced with something else, but what?  Without knowing what, how is it possible to know which is safe and which is sorry?  Missing from consideration was the moral from one of Aesop’s Fables, which is to “look before you leap.”

In a commentary published in 2010 by Judy LaKind and Linda Birnbaum, director of the National Institute of Environmental Health Sciences, in the Journal of Exposure Science and Environmental Epidemiology, the authors predicted that there might come a time when the safety of the replacements would be questioned:

“There are too many examples of chemicals taken off the market only to be replaced with chemicals that, in time, come to be considered ‘of concern’.  We may be at such a juncture with replacement chemicals for bisphenol A (BPA) and PFOS.  BPA, used mainly in the production of polycarbonates, has been measured in >90% of the general US population, prompting calls for bans, which have been enacted for certain uses in some parts of the United States and proposed in other countries.  … Our literature search on some of the replacement … chemicals revealed no exposure information.  Years from now, will we be seeing exposure studies describing certain BPA alternatives as emerging chemicals of concern?”

That time has now come.

Will We Regret The Substitution?

The risk of leaping to an alternative chemical before you look is that you might make a regrettable substitution.  Whether the polycarbonate baby bottle replacements are regrettable may not be entirely known, but some researchers are starting to ask the question.

Published very recently is a paper from a group of Belgian researchers titled “Evaluation of the potential health risks of substances migrating from polycarbonate replacement baby bottles.”  The 24 baby bottles included in the study were made from five different materials that are now being used as replacements for polycarbonate bottles.  The researchers evaluated 17 substances that were found in an earlier study to migrate from one or more of the bottles into a solvent that simulated milk under real-life use conditions.

The evaluation was done with a conservative approach that reflected the frequent lack of adequate data for a thorough evaluation.  An exposure range for each substance was estimated from the level found to migrate under standard test conditions.  In the absence of adequate toxicological data to evaluate safety, assignment of a concern level for each baby bottle was based on a standard approach known as threshold of toxicological concern, which is used by government bodies such as the U.S. Food and Drug Administration and the European Food Safety Authority.

Of the 24 baby bottles examined, four were designated as “high concern” and another 14 were designated as “concern.”  While these findings reflect potential risk from a conservative assessment rather than actual harm, they raise the question whether the precautionary principle was properly applied.  In other words, are the precautionary solutions safe, as intended, or sorry? 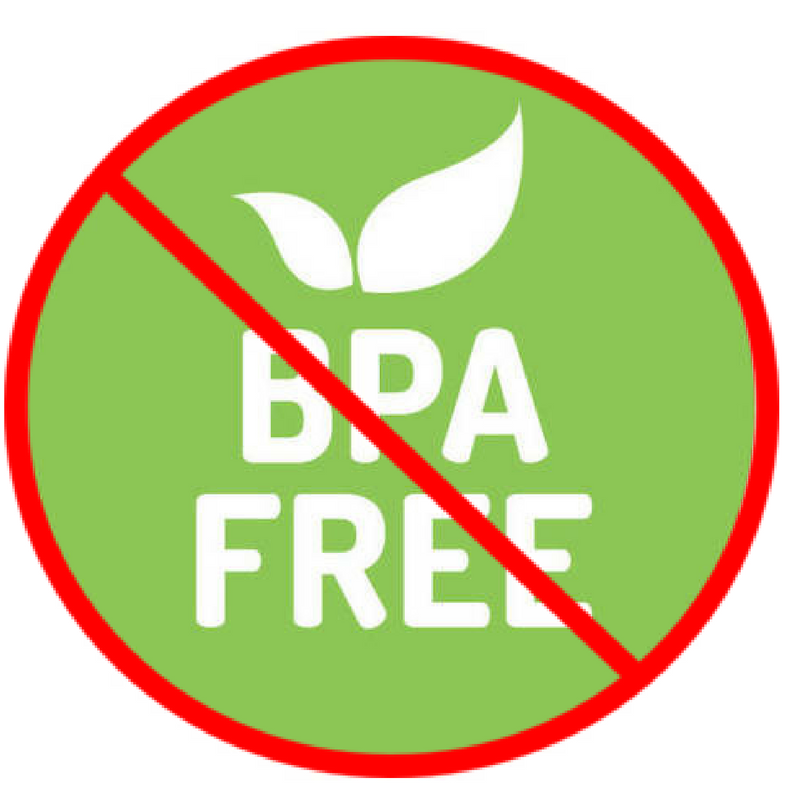 It’s Not Just About Baby Bottles

The case study raises some important questions.  Replacement of polycarbonate baby bottles was largely the result of legislation driven by consumer demand.  Is that the best way to prioritize our actions?  Does moving from one product to another simply to avoid controversy lead to improved safety?  This might be less of an issue if alternative materials were being considered only for products that do not play an important role in protecting human health and safety.  Unfortunately those are often the products where alternatives are most likely to be considered.

For example, alternatives to polycarbonate are under consideration for critical components of medical devices.  Is this a good idea when polycarbonate has a multi-decade safety track record and baby bottles made from the likely alternative material have been designated as a “concern” in the Belgian study?  If your life depended on it, which material would you choose?

Is BPA-Free Safe or Sorry?

If the baby bottle saga teaches us anything, it’s that we cannot assume that BPA-Free means the same thing as safe.  This is not only a scientific question, but a marketplace issue since consumers regularly see BPA-Free labels and may well factor the information into their buying decisions.  Indeed, BPA-Free labels are now found on materials like glass, which never contained BPA in the first place.

Recent psychology research examined what consumers understand when they see BPA-Free labels and how consumer behavior is influenced.  The researchers found that “the BPA-free label appears to mislead some people into thinking that ‘free’ means ‘safer.’”  As the researchers noted:

“This is not a trivial issue.  Consumer reaction to ‘BPA-free’ and similar labels may in some cases cause people to make riskier decisions, decisions that feel safer but actually expose them to agents which may ultimately be more toxic.  ‘BPA-free’ labels don’t make it easier for consumers to make reasoned choices.  They lead people to substitute unconscious assumptions about safety and benefit for reasoned consideration of what is known or not known about different chemicals and products.  And that is truly a regrettable substitution.”

Accordingly, the researchers note that “such labels are misleading and cause some people to accept a substitute chemical that they might otherwise reject.”

Is It Time To Free BPA?

In light of the demonstrated safety and efficacy of polycarbonate plastic in its many product applications, and the questions now bubbling to the surface about alternatives, is it time to revisit the past and Free BPA?  Unlike the goat in Aesop’s Fable, we should look before we leap to avoid regrettable substitutions.