In June 2013, the U.S. Food and Drug Administration (FDA) answered the question “Is BPA safe?” with a simple and unambiguous answer – “Yes.”

In contrast, countless words have been written over many years suggesting exactly the opposite.

To get to that straightforward answer, FDA initiated an in-depth research and testing program on bisphenol A (BPA) about five years ago.

Although there is more to come, the 15 studies published so far, most recently including one of the most comprehensive studies on BPA ever conducted, provide strong support for that one-word answer. 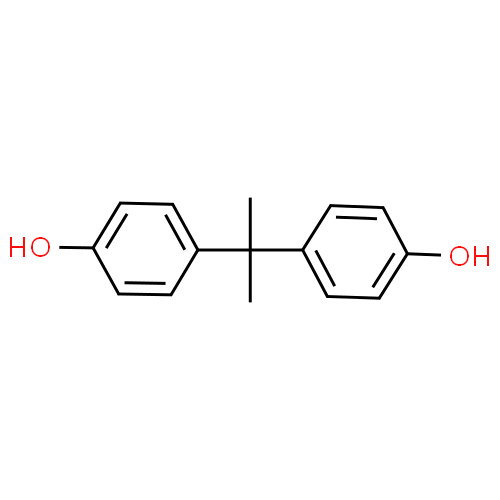 A Short History of the BPA Controversy

It’s well known that the common chemical BPA is weakly estrogenic with potency about 4-5 orders of magnitude lower than estradiol as measured in various in vitro studies (e.g., cell culture studies).  The key question is whether that biological characteristic has any in vivo health significance for people exposed to BPA, in particular could BPA exposure cause adverse human health effects?Controversy about the potential for BPA to cause health effects goes back to the late 1990’s when several small-scale studies on laboratory animals reported effects from relatively low doses of BPA.

Since those initial studies, research on BPA has grown exponentially from a cottage industry into a full-scale endeavor with researchers around the world conducting an increasingly diverse array of studies.

By 2008, after more than 10 years and thousands of studies, scientific debate continued and FDA’s National Center for Toxicological Research (NCTR) took on the issue.  Beginning in 2008, NCTR scientists working in conjunction with the U.S. National Toxicology Program (NTP)designed a program of “in-depth studies to answer key questions and clarify uncertainties about the risks of BPA.”

The results from that well-designed program have now gone a long way towards answering the key question.  To date, NCTR scientists have published 15 papers in the peer-reviewed scientific literature, with more to come.

Although 15 papers may seem like a small drop in the ocean of research on BPA (a recent PubMed search on ‘bisphenol A’ identified 8,108 citations), the quality of the data speaks volumes.

Potential Toxicity of BPA Dictated by Its Pharmacokinetic Properties

For any substance, the potential to cause toxicity (or for a drug to provide beneficial therapeutic effects) is substantially impacted by its pharmacokinetic properties.  Pharmacokinetic data describe how a substance is absorbed into the body, how it’s distributed and in what form (e.g., parent compound or metabolites), how long it lasts in the body, and how it’s eliminated.

Data of this type is quite useful for the design and interpretation of toxicity studies, and can also be used to construct physiologically based pharmacokinetic (PBPK) modelsto evaluate exposure scenarios beyond the specific doses studied experimentally.

Accordingly, pharmacokinetic data is particularly useful in evaluating the safety of a chemical.

Building on earlier pharmacokinetic studies, FDA designed a coherent set of in-depth studies to confirm and refine existing knowledge, as well as to specifically examine several important and contentious issues.  In general, these studies in rodents and non-human primates confirm that BPA is rapidly metabolized and eliminated from the body by adult animals.  It does not accumulate in the body and, in particular, does not accumulate in fat.

Whereas BPA itself is weakly estrogenic, in the body it is metabolized primarily to BPA-glucuronide, which is readily excreted in urine and, importantly,is not estrogenic.  Since BPA is efficiently metabolized in the gastrointestinal tract and in the liver, systemic exposure to BPA through the bloodstream is extremely low after oral exposure, which is how we are typically exposed to BPA through the diet.  Recently a research team from FDA and the Pacific Northwest National Laboratory analyzed systemic exposure to BPA and concluded that BPA has “limited or no potential for estrogenicity in humans.”

Much of the controversy about BPA has focused on the potential for health effects from exposure during developmental stages, including gestation, infancy and childhood.  FDA’s research found that fetal exposure to BPA is limited by efficient maternal metabolism while fetal capability to metabolize BPA increases throughout gestation.  In addition, the placenta has been shown to be metabolically active with no evidence for conversion of BPA-glucuronide back to BPA.

In contrast to rodents, non-human primates just after birth have the capability to metabolize BPA similar to adults.

Taken together, these results predict that typical human exposure to BPA is unlikely to cause adverse health effects at any age, including infants and young children.  As a hypothesis, that prediction is now being tested experimentally by FDA researchers.

Most recently, FDA researchers published the results of what may be the largest-scale toxicity study ever conducted on BPA.  In this study rats were exposed to BPA during gestation and continuing through 90 days after birth, which covers all developmental stages.  The study examined seven low doses of BPA, which were the primary focus of the study, along with two high doses of BPA, two doses of a known estrogen (ethinyl estradiol, or EE2), and a negative control.

Notably, no effects were found at any of the seven low doses, which are of most importance for evaluating the safety of BPA.

Previous studies in the same laboratory have shown that the specific strain of rat used in this study is sensitive to estrogenic effects.  As expected, the two EE2 doses did induce multiple effects that are consistent with the previous studies.  The two high doses of BPA also induced effects of the type reported in earlier studies on BPA, indicating that the strain of rat is also sensitive to BPA.  The observed and expected effects from EE2 and the high doses of BPA validate that the study was sensitive and responsive to BPA and estrogenic effects.

The toxicity study also included extensive measurements of the blood levels of BPA, EE2 and endogenous estradiol in the test animals.  These data provide strong support for the biological plausibility of the observed effects from EE2 and the high doses of BPA and, most importantly, the lack of effects at the low doses of BPA.  Only EE2 and the two high doses of BPA provided sufficient estrogenicity for potential health effects, as was observed.  Conversely, the level of BPA in blood at the low doses would have low potential to cause estrogenic effects, also as observed.

So what does it all mean?  Overall, the results “both support and extend the conclusion from the U.S. Food and Drug Administration that BPA is safe as currently used,” said Daniel Doerge, one of the key FDA scientists conducting the studies at NCTR, in a recent interview with NPR's Jon Hamilton.

The FDA/NTP research program continues with several important studies now underway.  As a follow-up to the subchronic study just published, FDA is now conducting a chronic study that examines five low doses of BPA with exposure starting in pregnancy and continuing for approximately two years.  Similar to the pharmacokinetic studies conducted in laboratory animals by FDA, NTP is now conducting pharmacokinetic studies on human volunteers.

These studies will provide important information to bring closure to the ongoing controversy about the safety of BPA.

For the time being though, the extensive data published so far provides strong support for FDA’s current perspective:  “Is BPA safe? Yes.”
Steve Hentges
More Articles All Articles
About