A Law To Promote Creative Output Looks Nothing Like Copyright
By The Conversation | January 4th 2015 01:30 PM | Print | E-mail 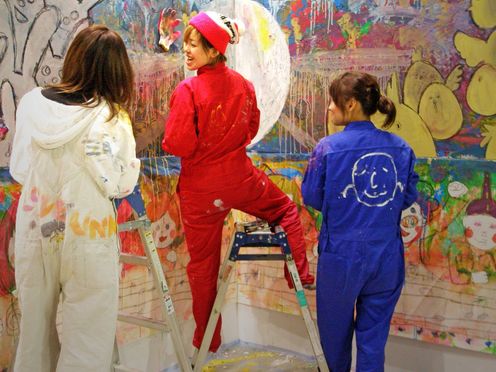 If we want to maximize creativity, tying cash to creative output is a bad idea. tanakawho/Flickr

Imagine you were asked to write a law that encouraged creativity.

What would it look like? Whatever your answer, it’s pretty clear that it wouldn’t look like copyright.

Which is weird, right? Because copyright is supposed to be the law that spurs creativity. The problem, it turns out, is that the central features of copyright are directly opposed to the things that support creativity.

Creativity is a tricky thing to understand, and we have very little insight into what animates the creative spark and why some people are more creative than others.

But one thing we do know about creativity is that a really good way to make people less creative, is to pay them. A series of studies by Edward Deci and Richard Ryan Teresa Amabile, and others, have shown that primary school kids don’t learn to read if they’re paid to, artists produce their worst work when they’re commissioned to produce it, and people get worse at solving puzzles if you reward them for successful solutions.

The reason for this? Creativity is closely linked to motivation, and humans become creative when they’re internally motivated by curiosity or interest or desire. They get de-motivated — and less creative - when you introduce money into the equation.

We always say that the copyright system supports creativity and artists. But copyright’s foundation is about the allocation of economic rights that are bought and sold. It’s a system that’s built on money, and copyright doesn’t even require that an artist or author be attributed as the creator of their work — which is strange since many artists accept that they won’t make much money, but every artist wants to be recognized as the creator of their own artwork.

So copyright is a legal system built on a premise that tends to reduce creative output, rather than increase it. And that’s even before we consider all of the problems that occur when commercial interests seek to extract the maximum value from their copyrights.

This isn’t to suggest that artists shouldn’t be able to eat. It’s just that if you were designing a system to maximize creativity then you wouldn’t tie creative output to cash like we do with copyrights.

So what would you do? Well, you might provide enough money for artists to live, but not tie it directly to the output, by providing grants or public subsidies or the like. Researchers at MIT showed a few years ago that a good way to encourage creativity is to provide long-term funding, rather than short term reward.

You would make sure that the best work of artists were supported, so you would expand the significance of prizes that award large amounts for very creative work. And you would almost certainly require some kind of requirement of attribution of a work, so that even if artists didn’t get paid, they would at least get their name in lights.

The other thing you would definitely do? Encourage a huge diversity of creativity, of all different sorts, without any expectation of commercial gain.

And of course that’s exactly what the Internet does: from LOLcats, YouTubers, tweeting and fan fic, to whatever the new, new thing is going to be, the Internet provides the medium of creation and distribution of a huge range of amateur material.

Maybe, just maybe, a few of these these amateurs will find a huge audience and be able to cash in. Like E.L. James, whose 50 Shades of Grey was originally a Twilight fanfic. Or the fabulously successful Silo novel series by Hugh Howey. Originally self-published, it’s since been printed in numerous countries, has been optioned by Hollywood, and is the basis of a writing stellar career. Howey has embraced the possibilities of the Internet and has encouraged an entire community of authors to reuse his material in all manner of interesting ways.

But they didn’t start out this way, they started out doing it because they couldn’t help themselves: they were human and so they had to create.

We shouldn’t think that copyright is the only way, or even the best way, to encourage creativity in our society. Thanks to the Internet, we are at the beginning of a brand new understanding of what other possibilities might work better.

Dan Hunter, Dean, Swinburne Law School at Swinburne University of Technology, does not work for, consult to, own shares in or receive funding from any company or organisation that would benefit from this article, and has no relevant affiliations.