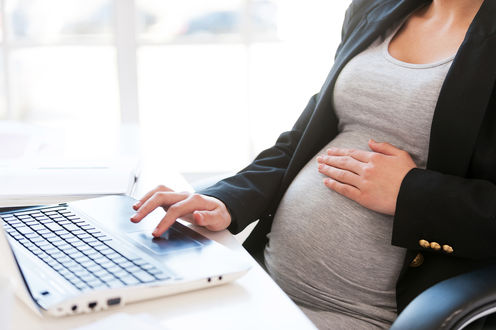 Freeze your eggs or your career? Shutterstock

The shift towards late motherhood – commonly defined as motherhood after 35 – is often presented as a story of progress and technological liberation from the biological clock.

The narrative goes something like this: Before the widespread availability of the Pill women had no choice but to have children in their teens and early twenties. But the introduction of effective contraception meant that women could trade babies for briefcases. And technologies such as IVF, egg donation and egg freezing allow women to beat the biological clock, freeing them from the tyranny of their own biology. A recent Newsweek headline, for example, announced that women can now “freeze” their biological clocks, while the cover of Businessweek urged women to “Freeze Your Eggs, Free Your Career.”

While this triumphal narrative contains a few grains of truth, it is as simplistic as it is satisfying. History shows us that the “best age” to have a child is very much a product of the cultural and economic moment, not a just dictate of biology that we need to escape.

Changes throughout the 20th century

In motherhood manuals published in the early 20th century, eugenicists warned women to wait until they were at least 24 to have children, lest their offspring suffer from both their biological and emotional immaturity. But the manuals cautioned women from waiting too long, however, as postponing childbirth also increased the likelihood of sterility.

In the late 1920s, one sociologist recalled that couples who had children soon after marriage were the targets of gossip and severe judgment. The Great Depression also added to the popularity of postponing pregnancy, as economic anxiety dampened the desire to procreate and American birthrates dropped.

In 1942, physician and editor of the Journal of the American Medical Association Morris Fishbein complained of the selfishness of young couples who preferred consumer comforts to the demands of child rearing.

In fact, it was only after second world war that early parenthood became a cultural norm. A strong economy and widespread embrace of domesticity encouraged both early marriage and childbearing, resulting in a “baby boom” that lasted almost two decades. In 1957, birthrates among American teenagers hit an all-time high, at 96.3 births per 1000 adolescents aged 15-19. To compare, the current birth rate for teenage girls aged 15-19 sits at 26.6 births per 1000 women. The postwar tendency towards early childbearing, which we now imagine to be the product of some kind of biological inevitability, was actually a cultural aberration. The ‘best age’ to have a child is very much a product of the cultural and economic moment. Leonardo D'Amico, CC BY-NC-ND

This shift towards midlife pregnancy that started in the 1970s was, of course, connected to both the widespread availability of new contraceptive technologies, as well the successes of second-wave feminism. But there is a third, often overlooked, catalyst in this story: the flagging economy.

The 1970s saw the combination of runaway inflation with stagnating growth. The real value of wages fell dramatically. In this environment, the movement of middle-class women into the workplace was not just liberating – it was an economic necessity. Two working parents were now required to achieve the middle-class status that a single income used to support.

The return to delayed childbearing was not a dramatic break with the past, but a continuation of a trend that began before the second world war. Delaying parenthood to invest more time in education and career development became a favored strategy for surviving in an increasingly competitive marketplace.

This move back to later parenthood produced its fair share of cultural anxiety. In 1978, a columnist in the Washington Post coined the expression “biological clock” to describe the dilemma of women who had delayed childbearing.

The media had a heyday after a study published in the New England Journal of Medicine in 1982 warned that female fertility dropped off sharply after the age of 30. A self-help industry of pregnancy guidebooks, courses on tape, and magazine features tackled the challenges of “Pregnancy Over 30.”

This narrative has two problems. First, it implies that women who have children in their 30s or even their 40s always need reproductive technologies to conceive – they don’t. Fertility is highly individual, influenced by both members of the couple hoping to conceive. Surprisingly little is known about the exact decline of fertility with age. There is no magic age limit for pregnancy that applies to all women.

Second, it implies that using fertility technologies to delay pregnancy is a story of progress, of technology trumping biological limitation. Carl Djressai, father of the birth control pill, recently predicted that by 2050 all women would use egg freezing and IVF to reproduce. The resulting “Manana” generation will be able to delay pregnancy indefinitely and without consequence. This is not inevitable. In fact, this vision of the future may be less about triumphing over biology, and more a statement of how our society and corporate culture treats working mothers.

If we continue to treat childbearing as an impediment to economic productivity (see Facebook and Apple’s egg freezing programs, for example), we may be closer to Djressai’s vision of the future than we think.

Jenna Healey , PhD Candidate at Yale University, does not work for, consult to, own shares in or receive funding from any company or organization that would benefit from this article, and has no relevant affiliations.