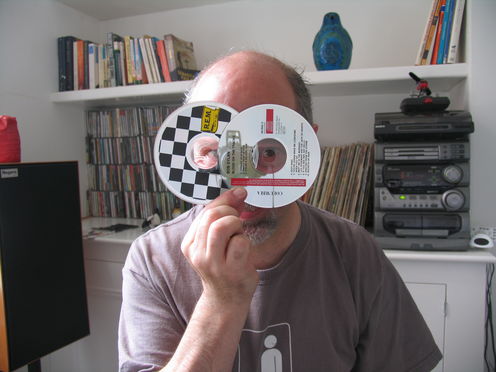 Every year thousands of new laws are introduced. Some of these are well publicized and debated, such as the recent changes to the rules on pornography, but others slip under the radar. Many are quite important though, and affect all kinds of people.

Here are just five of the laws introduced in 2014 that you may have missed. You might find they affect you after all.

On May 13, changes to the 1991 Dangerous Dogs Act came into force, in response to a number of high profile cases of dogs attacking children.

It’s now a criminal offense for the person in charge of a dog or its owner to allow it to be dangerously out of control in a public place. Section three has also been amended to make incidents that occur on private property a criminal offense too. That includes both the dog owner’s home and garden and someone else’s home.

Still to come are bigger fines for owners who fail to prevent dog attacks and compulsory micro-chipping from 2016.

Ripping your CDs is legal

It is now finally legal to rip CDs and to transfer music from your CDs to your iPod. What you’ve been doing for the past decade illegally, you can now do legally (if you still have any CDs, that is).

The changes made to the 1988 Copyright, Design and Patents Act, which came into force on June 1, are a classic case of the law being rather slow to catch up with reality.

Section 28B has been added to the act, which allows individuals to make personal copies of work onto CDs or digital files if they were lawfully acquired for their private use in the first place. These amendments to the law do not apply to computer programs and they do not make it lawful to copy CDs and give them to friends or family.

What’s in that bap?

New allergen information rules were introduced in December as a result of EU regulations. Anywhere that sells unpackaged food, such as sandwich bars, bakeries and takeaways, must disclose information on whether that food contains any of 14 listed allergens. This includes gluten, eggs, fish, nuts and milk. The writing’s on the board. Stuart, CC BY

The information can be provided to customers by staff orally or in writing.

This has clear implications for businesses. They now need to train all staff to ensure that they can provide the required information to customers. The rules are also an important step forward in allowing those who suffer from food allergies to buy unpackaged food without fear of suffering a potentially fatal reaction.

Minor offenses are now off the record

Reforms to the 1974 Rehabilitation of Offenders Act came into force in March. These loosened requirements on people having to disclose minor offenses to potential employers.

Under the new system, an offender sentenced to between 30 months and four years in prison would see their conviction spent after the length of their sentence plus seven years. So after those seven years they would not have to reveal their conviction when applying for a job. Before the reforms, the same offender’s convictions would never have been spent so this is a positive move for people who don’t offend again and try to contribute to society by finding work.

Talk it out in employment disputes

Since May, anyone wishing to make a claim in an employment tribunal has to first make an early conciliation notification the Advisory, Conciliation and Arbitration Service.

The aim of early conciliation is to settle employment disputes quickly and cost-effectively without parties needing to attend employment tribunal hearings. If conciliation fails then claimants may proceed to lodge a tribunal claim.

Between April and September, more than 37,000 cases went through the process. While the system is evidently being used, there is some concern that the service has not been given enough money to handle the ever-increasing workload.

So 2014 may have seen many people get hot and bothered about the law, from pornography to government snooping, some people have come out better. Celiacs can order a sandwich in safety and reformed offenders won’t be dogged by their past for the rest of their lives.

And you can finally get rid of that stack of CDs collecting dust on your shelf.

Siobhan Weare is a Lecturer in Law at Lancaster University.