Tweet
5. Occam's Razor Goes Both Ways
‹‹ I May Give Up Talking To You Because...
4. You're Actually Not Galileo ››

'Occam's razor', named after the Franciscan monk who said "Pluralitas non est ponenda sine necessitate", codifies that if there is more than one competing hypothesis, the one that makes the fewest assumptions is most plausible. Basically, you don't make things more complicated without a good reason. 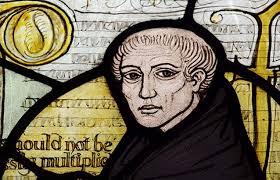 If you are declaring that any bit of anomalous evidence debunks the scientific consensus, or that every claim you make needs to be rebutted or it is a concession you are right, you won't get a lot of replies to comments because you are not even as smart as a religious guy from 700 years ago.