Becky Jungbauer
Where does evolution leave God? This question has been debated for over a century, and it likely isn't going anywhere any time soon. Some may feel, myself included, that the glut of fighting among the camps should just be put to rest, like the new song on the radio that is played every five minutes. One is about science, one is about religion. Over and done.

Occasionally I'll come across an article that still sparks my interest (like the many on Scientific Blogging, of course). One such article was an essay featured in the Wall Street Journal, in the vein of point/counter-point, but neither writer knew what the other was going to say.1

WSJ asked Karen Armstrong and Richard Dawkins to independently respond to the question, "Where does evolution leave God?"

Ms. Armstrong is a prolific author on comparative religion (you may have read or heard of A History of God) who emphasizes that faith traditions actually have a lot in common, particularly compassion for others (distilled into the Golden Rule). I like that she talks about faith as a verb, not as a static belief.

I assume everyone knows or has heard of Dawkins, but just in case, he's an author and outspoken critic of creationism and intelligent design.

"We need God to grasp the wonder of our existence."

Armstrong starts off with a nod to Dawkins, saying he has been right all along, of course - at least in one important respect.

Evolution has indeed dealt a blow to the idea of a benign creator, literally conceived. It tells us that there is no Intelligence controlling the cosmos, and that life itself is the result of a blind process of natural selection, in which innumerable species failed to survive. The fossil record reveals a natural history of pain, death and racial extinction, so if there was a divine plan, it was cruel, callously prodigal and wasteful. Human beings were not the pinnacle of a purposeful creation; like everything else, they evolved by trial and error and God had no direct hand in their making. No wonder so many fundamentalist Christians find their faith shaken to the core.

But, she says, Darwin "may have done religion—and God—a favor by revealing a flaw in modern Western faith. Despite our scientific and technological brilliance, our understanding of God is often remarkably 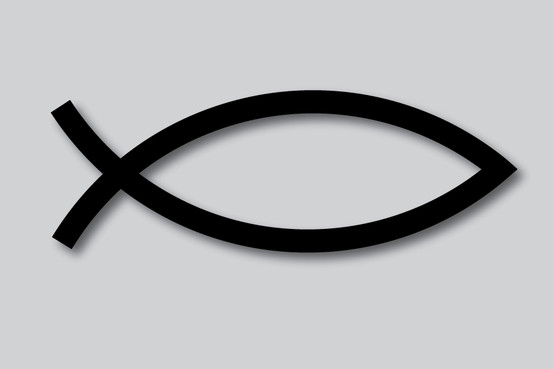 undeveloped." Certain scientists (the likes of Newton, for one) felt that the scientific discoveries they were making showed only a creator who was "very well skilled in mechanics and geometry" could have come up with our universe. A scientific-based theology was born and pervaded every aspect of society.

Yet when Darwin came along and suggested otherwise - there isn't any proof of God's existence - the populace was so entrenched in science-based theology that it was difficult to let go. (Some still haven't.)

Religion was not supposed to provide explanations that lay within the competence of reason but to help us live creatively with realities for which there are no easy solutions and find an interior haven of peace; today, however, many have opted for unsustainable certainty instead. But can we respond religiously to evolutionary theory? Can we use it to recover a more authentic notion of God?

Darwin made it clear once again that—as Maimonides, Avicenna, Aquinas and Eckhart had already pointed out—we cannot regard God simply as a divine personality, who single-handedly created the world. This could direct our attention away from the idols of certainty and back to the "God beyond God." The best theology is a spiritual exercise, akin to poetry. Religion is not an exact science but a kind of art form that, like music or painting, introduces us to a mode of knowledge that is different from the purely rational and which cannot easily be put into words. At its best, it holds us in an attitude of wonder, which is, perhaps, not unlike the awe that Mr. Dawkins experiences—and has helped me to appreciate —when he contemplates the marvels of natural selection.

Armstrong ends with the idea that pain and suffering is part of life, but also part of faith.

But what of the pain and waste that Darwin unveiled? All the major traditions insist that the faithful meditate on the ubiquitous suffering that is an inescapable part of life; because, if we do not acknowledge this uncomfortable fact, the compassion that lies at the heart of faith is impossible. The almost unbearable spectacle of the myriad species passing painfully into oblivion is not unlike some classic Buddhist meditations on the First Noble Truth ("Existence is suffering"), the indispensable prerequisite for the transcendent enlightenment that some call Nirvana—and others call God.

"Evolution leaves God with nothing to do."

Evolution is the creator of life, he says. Well, what is so special about life? "It never violates the laws of physics.Nothing does (if anything did, physicists would just have to formulate new laws—it's happened often enough in the history of science). But although life never violates the laws of physics, it pushes them into unexpected avenues that stagger the imagination."

Look, Dawkins says, "through the eyes of a physicist, at a bounding kangaroo, a swooping bat, a leaping dolphin, a soaring Coast Redwood."

There never was a rock that bounded like a kangaroo, never a pebble that crawled like a beetle seeking a mate, never a sand grain that swam like a water flea. Not once do any of these creatures disobey one jot or tittle of the laws of physics.

Never once are the laws of physics violated, yet life emerges into uncharted territory. And how is the trick done? The answer is a process that, although variable in its wondrous detail, is sufficiently uniform to deserve one single name: Darwinian evolution, the nonrandom survival of randomly varying coded information. We know, as certainly as we know anything in science, that this is the process that has generated life on our own planet.

So, what about life on other planets? Assuming they follow Darwinian evolution, what if they are actually more evolved than us? Would we be tempted to worship them as gods? (Think how an early human would react to electricity or an airplane, things we take for granted.) Dawkins says we should not worship them because they cannot be gods for one simple reason - they were created by the universe, the universe did not create them. 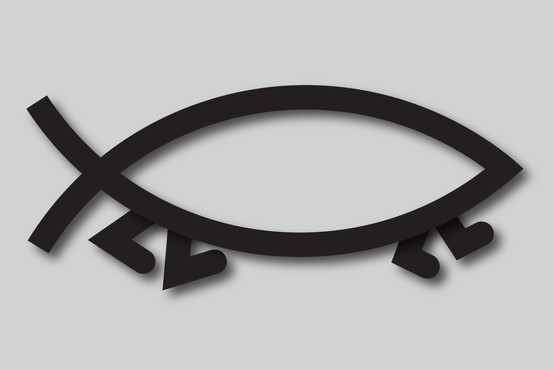 In a tip of the hat to Nietzsche, he notes: "The kindest thing to say is that it leaves him with nothing to do, and no achievements that might attract our praise, our worship or our fear. Evolution is God's redundancy notice, his pink slip. But we have to go further. A complex creative intelligence with nothing to do is not just redundant. A divine designer is all but ruled out by the consideration that he must at least as complex as the entities he was wheeled out to explain. God is not dead. He was never alive in the first place."

He ends by saying that people believe God "exists in objective reality, just as surely as the Rock of Gibraltar exists," and theologians trying to downplay the existence of God in favor of a personal belief (if I believe, who cares if science makes God redundant) should think again.

Were their arguments convincing? Full of holes? What do you think?

1 While they may not have known the exact wording used in each other's essays, I have a feeling Armstrong and Dawkins knew essentially where the other stood.
A Truth Universally Acknowledged
More Articles All Articles
About