Michael White
Via Nobel Intent: A man with the non-existent but increasingly believed-in electromagnetic sensitivity disorder is suing his neighbor to get her to shut off her wi-fi and stop using her cell phone.

Apparently, fluorescent lights and dimmer switches are bad for this guy too.

Unfortunately, this guy is going to need to shut off a lot more if he's really sensitive to electromagnetic radiation: TV signals, radio stations, and the sun: 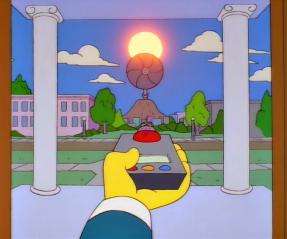 To get you started on the literature on 'EMF sensitivity', check out this:

Conclusions: Our findings suggest that the adverse symptoms experienced by electrosensitive individuals are due to the belief of harm from TETRA base stations rather than due to the low-level EMF exposure itself.

CONCLUSIONS: No evidence was found to indicate that people with self reported sensitivity to mobile phone signals are able to detect such signals or that they react to them with increased symptom severity. As sham exposure was sufficient to trigger severe symptoms in some participants, psychological factors may have an important role in causing this condition.