Michael White
Personalized genetics is hot in the news right now, but in fact we're generally terrible at using genotypes to predict who is going to get a disease. One villain here is the phenomenon known as epistasis, which essentially means that the physiological effect of one genetic variant depends on what other genetic variants (in other genes) are hanging around in the same genome.

Epistasis means that two siblings can inherit the same disease-causing genetic variant from their parents, and one child gets the disease while the other doesn't, because the second one has a second, somehow protective genetic variant somewhere else. This kind of thing, which manifests itself as incomplete penetrance or variable expressivity, or some other such phenomenon, makes it fiendishly difficult to understand the genetic causes behind disease. Epistasis is like friction in Newtonian mechanics - you want to ignore it whenever you possibly can, because it's so damn hard to analyze.

Epistasis is a great barrier blocking the fulfillment of our dreams of personalized medicine. It's killing the power of genome-wide association studies (GWAS), and other attempts to find the genetic variants that cause disease.

This afternoon in our departmental seminar, I heard an excellent talk by geneticist Nicolas Katsanis, from Duke University. Katsanis is tackling the phenomenon of epistasis in human disease head-on, and he's made some great progress. This progress is due in part to his smart strategy, but also in part because he was lucky. And because he was lucky, I'm worried that his smart strategy may not be so easily generalizable to some diseases.

Anyway, luck aside, what is Katsanis' strategy? It's actually somewhat obvious: don't ignore the biology of the disease, especially the molecular biology. But it's easy to forget in this era of huge genomics. GWAS, while they take tremendous effort are somewhat formulaic: you define your phenotype, and then go out and genotype thousands of cases and controls. What you end up with is a list of genetic variants that are statistically associated with the disease in question. What the specific effects of those biological variants are is a question frequently left for someone else.

Katsanis opened his talk today with a strong argument that this approach is not going to solve anything if it's not intimately tied with detailed study of the biological effects of individual genetic variants. In other words, human geneticists need to stop thinking of epistasis as a statistical effect that mucks up large genomic studies, and start thinking of it as a biological effect that can in fact be understood if you go after the biology of the individual genetic variants.

This is all abstract, so let's turn to what Katsanis actually studies. He's spent much of his career focusing on a rare genetic disease known as Bardet-Biedl Syndrome (BBS), which is a "genetically and clinically heterogeneous disease characterized by retinal dystrophy, polydactyly, obesity and a constellation of neurological and behavioral abnormalities." In other words, it's a disease with some very diverse symptoms, not all of which show up in every patient, because this disease can be caused by multiple genetic variants, and different patients inherit different combinations of these variants.

Katsanis, beginning in the pre-genome era and continuing with GWAS, studied patients afflicted by BBS, and managed to identify a number of genetic variants that clearly contribute to the disease. Here is where the amazing luck enters: Katsanis went after the biology of the genes harboring these variants, and found that all of the BBS variants he identified affected genes associated with cilia, long, wavy projectile structures found in many different tissues in our body: 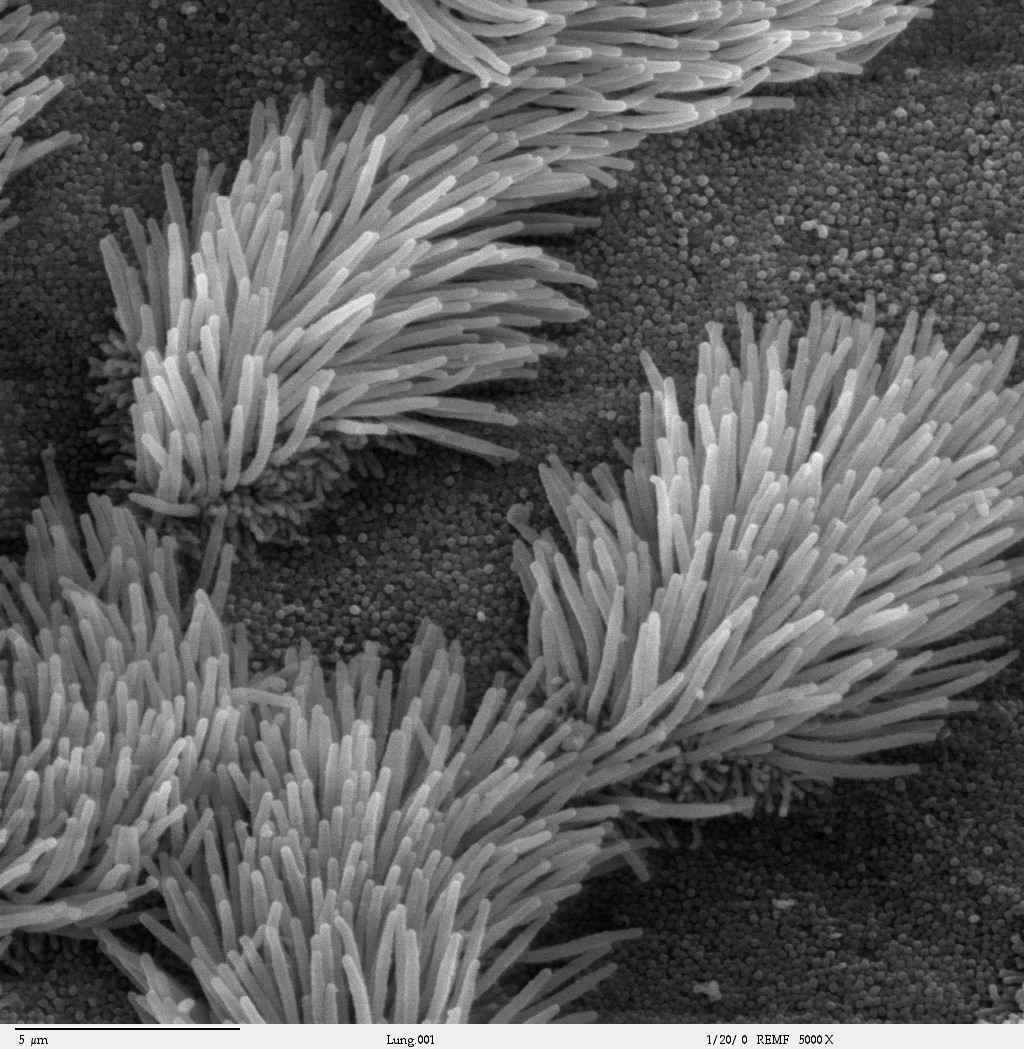 Cilia aren't just structures. Like just about everything in molecular biology, they play a regulatory role too, particularly in development - cilia have both sensory and mechanical roles. Certain key cellular signaling pathways, like Wnt, are connected in some cell types with cilial function, and mutations that disrupt the complex structure of the cilia can effect embryonic development.

Katsanis uses this fact to his advantage, and has developed an experimental system to measure the damaging effects of individual genetic variants contributing to BBS, as well as the effects of those variants when they interact. He measures these effects in zebrafish embryos, which is possible because zebrafish use the same genes we use to build cilia. When cilia genes are disrupted, the effect is a quantifiable developmental abnormality in the embryo.

This zebrafish assay to measure the effects of individual genetic variants works like this:

1. You disrupt the 'normal' zebrafish version of your gene of interest, causing a developmental defect in the embryo.

There is a second version of this zebrafish embryo assay, which Katsanis uses to measure the effects of interactions between BBS-related genes (yes, genes here, not particular genetic variants, as far as I can tell). This version is simple: if you want to understand the combined effects on cilia of disrupting two genes, you knock down each individually, and then both genes at once, and see what the combined effects are. The genes you choose to disrupt are those you've identified as potential disease-causing genes in humans. Katsanis checked all double disruptions of the eight BBS genes he knew about a few years back, and some genes clearly had powerful effects when disrupted together. Because this was done in zebrafish, he could look at all double combinations, something clearly not possible in humans.

I think this system works well for Katsanis because most of the BBS genetic variants he has identified are truncations that basically kill almost the entire protein, so a zebrafish embryo assay that involves knocking down entire genes mimics what's going on in the disease. In the case of other diseases, where a genetic variant does not kill the protein, a zebrafish embryo assay that looks at combinations of gene disruptions may not be so informative.

But ultimately that wasn't really the point of Katsanis' larger argument. Yes, he was lucky in several respects: all of his BBS genes affect cilia, they are truncations, and he has a convenient assay in zebrafish embryos. But this work was crucial for progress in understanding the genetic basis of BBS - unlike GWAS, there is no formulaic way to do this kind of work. It's hard, it's disease specific, and it's critical. That was the main lesson I took away from his talk.

In other words, predictive personalized genetic medicine isn't going to just fall out of GWAS. If we want to be able to look at someone's DNA and predict their risk for a disease, or make a confident prediction about the symptoms someone who already has a diagnosis should expect, we need to go after the biology associated with the genetics. We need to develop ways of measuring the molecular biological effects of genetic variants in model organisms, and then take those results and use them to make sense of what we're seeing in human genetics. It sounds obvious, but it's easy to forget: to understand the genetics underlying a given disease, we have to understand the biology of that disease. Molecular biology, cell biology, developmental biology, and biochemistry still matter, even in this era of next generation DNA sequencing.