Michael White
The politics of science is about more than just funding and science-based policy decisions: governments, and in particular the US Federal Government, are into science education in a big way, whether you like it or not. In fact, it's hard to see how the US government can avoid being in the science education business, even if it's not setting national standards for local schools: when people want to know about swine flu, they turn to the US Centers for Disease Control; the major science agencies, the NSF, NASA, NIH, DOE, are obligated (sometimes by law) to explain to the public how billions of dollars of research funds are being spent, and many of the US national parks have visitor centers that explain the science behind the parks' impressive natural wonders. 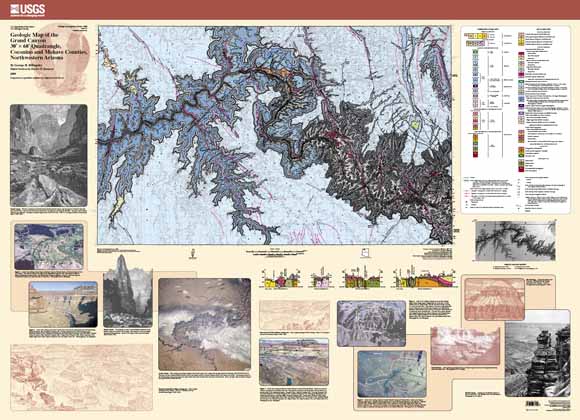 So how should the government deal with this kind of informal science education? Should the creationist explanations of the Grand Canyon be taught by park guides or sold in park stores?

Should the CDC be prohibited from posting misleading information on the health effects of abortion, or should it be allowed to post anything about abortion, since many taxpayers are opposed to it? And what about NASA - can the agency confidently talk about the Big Bang on its web site? Do we care about scientific accuracy, or about representing all points of view?

The National Center for Science Education has some advice for the Obama administration about how to handle such informal science education:

Informal science education occurs at parks, museums, and research centers, and includes signs and displays, public lectures or tours at such facilities, and websites and brochures which describe the research conducted at a site, or which provide background on an agency's research. Teachers, school groups and the general public rely on such material for accurate and unbiased scientific information. Such material therefore must reflect the generally accepted views of the scientific community, and indeed, in some federal agencies, this is required by existing statute or regulation. Omission and simplification is unavoidable in educational contexts, but scientifically and pedagogically valid content should not be altered for political or religious purposes. Peer review of educational content is appropriate and necessary; the reviewers should include both scientists and educators with experience in relevant fields. Science educators at federal sites must be protected against political or religious censorship.

Yes - science education material produced by the US goernment shouldn't be a political or religious football, it shouldn't be based on openness to all points of view, evidence be damned; educational materials should be about science, the best science available.


So how do you do this in practice? For starters, a statutory requirement to meet certain scientific standards might be a good idea - the decision to review scientific educational material shouldn't be left to the discretion of a politically appointed agency head.

The government already has a great system for obtaining scientific reviews in place - the study sections of the NSF and NIH, which bring in outside scientists (who are generally free from political pressure, although not necessarily political biases). Federal science educational material could be reviewed by scientists recruited by the agency officers who run the study sections.

And these study sections, in spite of some frequently-noted flaws, are in fact extremely professional. Study section members take their jobs seriously, and while some bad funding decisions are made on occasion during intense competition for limited funds, study sections can be a source of very good, objective scientific judgment. And since scientists reviewing informal educational materials wouldn't be making competitive funding decisions, the review process for National Park brochures and NASA web pages would probably produce even better results than the typical study section.