Exposure to media that promotes conspiracy theories may increase belief in them, but exposure to debunking information can decrease that belief, a new study has found.

The report, published in the January-March edition of the journal Communication Quarterly and conducted by researchers at the University of Missouri and Indiana University-Purdue University Columbus, suggests that messages can influence peoples' beliefs, even in a fragmented media world.

Researchers conducted two experiments. In the first, subjects learned about the “Birther” conspiracy suggesting that president Barack Obama is not a legitimate U.S. citizen and therefore does not qualify for the presidency.

In the second, subjects were exposed to the “Truther” conspiracy, which alleges that the administration of former president George W. Bush was involved in producing or abetting the terrorist attacks of Sept. 11, 2001.

Why use these two conspiracies? Because of their political implications. People tend to adopt conspiracy theories because they feel marginalized by the existing political order. Though the spread of conspiracies does not always fall along partisan lines, the Birther movement has mostly been taken up by the political right, while the Truther movement emerged originally from the left. 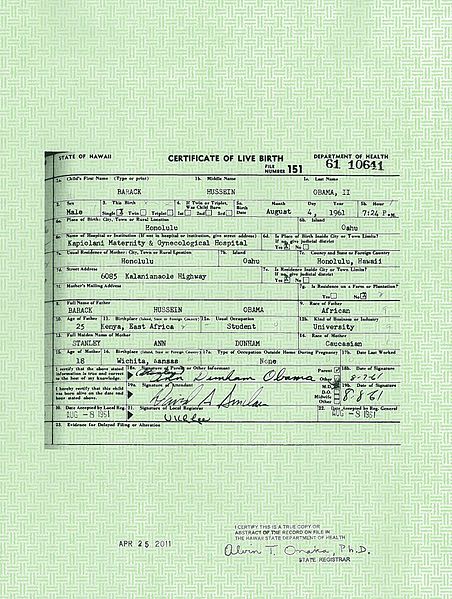 Participants in both experiments were divided into three subgroups: one that was exposed only to messages that confirmed the conspiracy theory, one that was exposed to both confirming and debunking messages, and a control group that was given totally unrelated material to watch or read. All of the groups were asked about their level of belief in various aspects of the conspiracy theories beforehand and afterward.

The results were a bit of a mixed bag. As expected, belief in the Birther conspiracy rose among those exposed only to confirming information, while it fell significantly for everyone else.

But things were a bit different with the Truther conspiracy. In that experiment, all three groups showed a marked increase in belief; even the control group experienced a slight uptick.

Perhaps even more interesting was that the changes in peoples' opinions weren't affected by party affiliation, as one might presume from the nature of the conspiracies. Republicans and Democrats were both as likely to believe (or disbelieve) a given conspiracy theory based solely on which experimental condition they happened to be placed into.

Since the early 1900's, communication scholars have proposed a slew of hypothesis to explain how mass media influence populations. One of the earlier models is known as the “minimal-effects” model. It is basically what it sounds like: people make their own decisions about what to believe, and mass media have little influence over those decisions.

The minimal-effects model was largely abandoned as more nuanced explanations came along. Over the last few years, though, it has seen a resurgence because of the changing media landscape brought on largely by the Internet.

In today's environment, the argument goes, people can choose to watch, read and listen to messages tailored to their interests and values. There is so much selection, in fact, that a person can wrap herself in a cocoon of media that rarely challenges her beliefs. You may have heard this described as the “echo chamber,” a room in which the only thing you can hear is your own voice bouncing back at you.

To be sure, the minimal-effects model doesn't posit that a person will never encounter any dissenting messages. Rather, it proposes that she will be “more attuned to resisting any messages that prove discrepant.”

The Communication Quarterly study, however, adds to the challenges for modern minimal-effects proponents. After all, if peoples' preexisting positions led them to resist media messages, then there should have been major differences in how Republicans and Democrats reacted to the Birther and Truther conspiracy theories and the debunking evidence. Yet both parties were equally influenced by the messages.

The authors do note one particular weakness to their experiment: the participants were a median age of about 21 years old in the Birther group, and about 19 years old in the Truther group. Since young people tend not to be as strongly tied to political affiliations or ideas as older people are, it's difficult to extrapolate the strong influences seen here to all of society. The authors admit that “the finding that prior political affiliation does not moderate the media effect may be a product of a sample with attitudes that are more malleable than the general public.”

More confusing still may be what this study means for science communicators and others seeking to debunk false or misleading claims with evidence. Although the subjects exposed to evidence against the Truther conspiracy were less liable to be convinced by the theory than those who only received pro-Truther messages, the fact remains that both groups increased in their buy-in of the conspiracy overall.

The researchers write that this could have had something to do with the specific presentation of the counterarguments, which were given in the form of a Popular Mechanics article. “Perhaps a more sophisticated audience taking more time to carefully consider the evidence would have found the debunking evidence more persuasive,” they write.

Perhaps. Even so, is it likely that media consumers are on the whole “more sophisticated,” or that they would take the necessary time and care? On the other hand, could the fact that counterarguments to conspiracies did have an effect in both experiments mean that debunking efforts, even if not perfectly effectual, are nevertheless a worthwhile cause?

The answers to these and other questions may have profound implications for the effectiveness of science communicators as they craft messages for both public officials and general audiences.