Brain training has come into the spotlight with Tuesday’s announcement by the Federal Trade Commission that the popular website Lumosity will be forced to pay a $2 million settlement for making false advertising claims.

Lumos Labs, Inc., which does business as Lumosity, was ordered to pay the money by the U.S. District Court for the Northern District of California to settle an FTC complaint that the company claimed its games could improve everyday tasks, delay age-related cognitive declines, and improve a variety of other mental impairments. The FTC also charged the company with failing to disclose that it had solicited testimonials through contests that awarded major prizes.

Lumosity sells games to customers that are ostensibly designed to target particular cognitive skills. The user takes a test to get “baseline” scores on these skills, and then begins playing. The games get more difficult as the user plays them, and as a result the scores (should) improve.

The company has long used scientific terms in a dubious manner to increase its cred among potential customers. 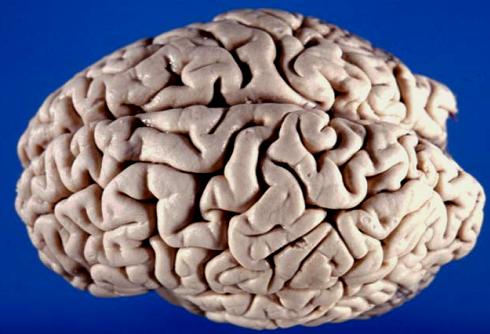 One of its go-to words has been “neuroplasticity” - a fancy way of saying that the structure of your brain changes with your experiences.

It’s true that the connections in your brain change when you learn a new language, when you witness a traumatic event…and when you play computer games.

These are all forms of “brain training” that take advantage of “neuroplasticity.” But we generally don’t gussy them up in scientific jargon. We call them “learning.”

Part of Lumosity’s charm, though, is the plausibility of its claims. Some seem commonsensical. Everyone knows that practicing a skill will improve it. It’s also generally accepted that challenging one’s mind and keeping active can stave off (or at least slow) some kinds of cognitive declines.

But Lumosity’s pitch goes beyond this. Its central argument is that its regimen of simple games is broadly transferable to other skills, and that those games are better than other forms of activity.

Seen in this light, the company has a tougher row to hoe. In real life, we don’t suggest that learning to ride a bike will make you better at driving a car.

Lumosity has gone to great lengths to bolster its claims of validity, conducting and pointing to numerous examples of peer-reviewed research.

As it turns out, there is a wealth of research on the subject of cognitive training. The problem is that most of it remains mixed and correlative. On the specific question of generalizability – the transference, say, of working memory skills to intelligence – the data so far are mostly negative.

That’s bad news for Lumosity, because its model relies on the assumption that skill in its games is generalizable to other areas of players’ lives.

And, of course, all those negative studies (here’s another) don’t make the cut on Lumosity’s reference list.

Even after its regulatory slap-down, the company’s home page continues to tout its scientific bona fides.

As of Saturday, the website displayed a reference to an in-house study it conducted comparing users who played Lumosity’s games against a control group that was given crossword puzzles.

The study, published in September in the journal PLOS ONE, found that Lumosity players did better on an assessment given after ten weeks of playing. It also showed an increase in the post-test assessment of crossword, but with an edge in most areas for the Lumosity group.

Though this study is internally consistent, it is not (as so many of Lumosity’s ads would have you believe) neuroscience. Nor are most of the studies published by Lumos Labs. The bulk of them more accurately fall under the social sciences and suffer many of the traditional limitations of such research.

For instance, the participants in this study were chosen randomly, but they were drawn from a pool of people who had already signed up to Lumosity. Since it wouldn’t be possible to blind the participants (that is, they would know which group they were in by virtue of the games they were allowed to play), it’s not much of a leap to presume that the crossword group might have started with lower expectations for the group they found themselves in, while the reverse would be true of the group allowed to play Lumosity games.

Then there’s the problem of inherent researcher bias. Industry-funded research is notorious for this, and begs to be replicated by an independent lab.

And, as usual, this study is only correlative. That key element of causation remains lacking.

Though Lumosity’s devotion to science remains merely self-aggrandizing, it is playing by the rules. The now-mandatory caveat emptor language is included on its home page:

“These results are promising, but we need to do more research to determine the connection between improved assessment scores and everyday tasks in participants’ lives.”

More research is needed indeed. Whether any aspect of the brain training fad pans out scientifically remains to be seen.

Until then, the only thing Lumosity customers are definitely getting is the privilege of paying to flip tiles.