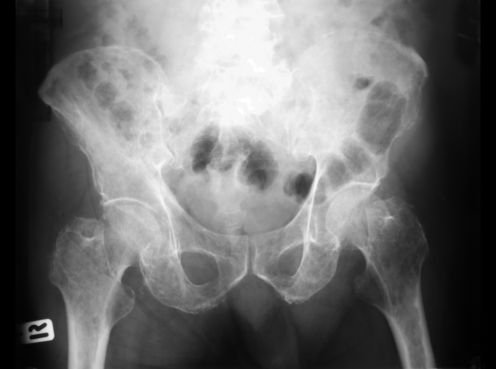 It's not in the bones, but it might not be in the brain either. X-ray image by Shutterstock

By Andreas Goebel, University of Liverpool

One in five of us has been experiencing chronic pain over the past three months, or longer.

Chronic pain won’t kill us; it just makes our lives miserable. More miserable, research suggests, than for example having asthma or diabetes. So if chronic pain is a common, dismal health state, why don’t we talk more about it? Perhaps because in many cases we don’t know why we get it.

As we often don’t find a reason for this invisible conundrum, we may tend to believe that it must be all in our brains, maybe even our personality. And if you have pain you may become desperate to find a way to get your brain to drop this unnecessary folly.

So here we are, in the 21st century and every fifth person is suffering from this health problem, which we don’t understand. A health problem, which can be so debilitating that those experiencing it often stop working, stop socializing and stop doing things they like doing, or should be doing.

For clarity, pain is not all in the bones – experts have known this for at least a decade. Unless you have a tissue-threatening problem, there is no association between how your bones and disks look like on x-ray or MRI (for example, bulging, crumbled, degenerate or old), and your pain. None at all. So what about the brain?

Science has almost adopted the idea that pain ought to be all in the brain. There is sophisticated research showing that some brain areas light up more when we are in pain. When we recover, these areas stop lighting up. There are even therapies directed at “retraining” the brain, which can sometimes reduce, or even occasionally cure chronic pain.

So scientists have developed the following concept: after injury or operation our tissues will heal, and normally all goes well - unless we are “vulnerable”. There is some evidence suggesting that when we are poor, smoke, are depressed, stressed, or have had chronic pain in the past, we may be more likely to develop chronic pain.

The idea is that the vulnerable brain retains memory of the trauma with its associated pain: it develops “abnormal neuroplasticity”. A good example is phantom limb pain. Following amputation many people develop pain the non-existing limb; they are more likely to do so if they had experienced a lot of pain before the amputation, so clearly the brain must be involved.

But the “neuroplasticity” concept cannot explain everything. For starters most people get chronic pain without ever having experienced major trauma. And in cases where there has been trauma, the known vulnerabilities explain only small bits of pain variability (that is, these vulnerability factors are poor predictors for who develops pain after trauma). In many pain-types scientists have never been able to identify any such vulnerability.

Finally, and most unfortunately, “brain training” methods generally don’t work. Phantom limb pain is something of an exemption (and even here a cure through brain training is very rare indeed).

But exciting new clues have now emerged which may change the way we think about chronic pain. Peculiar peripheral factors may contribute. In phantom limb pain, if you block the cell-bodies of peripheral nerves using local anesthetic, the phantom sensation and pain can diminish. This suggests that abnormal input produced in these cell bodies may be needed to sustain the abnormal brain response: so brain and peripheral nerves jointly cause this condition.

Complex Regional Pain Syndrome (CRPS), one of the most severe body pains, can occur after injury to a limb. The injury preceding the condition may be small, sometimes a bee sting. Large parts of the limb become excruciatingly painful and virtually untouchable – even a draft of air may be difficult to bear.

As with other chronic pains, many of us experts have been assuming the main problem for these patients is in the brain. But it recently emerged that the blood of patients with this condition carries specific immune substances, termed “autoantibodies”. These substances can probably cause pain by binding to peripheral tissues, prompting sensory nerves to misfire – although the exact pathway is not understood. Misfiring of sensory nerves results in a state where the central nervous system, including the brain, has become “wound up”.

In CRPS, peripheral nerves may thus play a role comparable to electronic transistors: with very low abnormal peripheral input generated by the autoantibodies, the nerves steer a massive central abnormality. Without trauma these newly discovered antibodies are probable harmless; the trauma-induced inflammation is required to render them harmful.

In fact, these antibodies may only be present for a limited time, during a “window of vulnerability”, in sufficiently high concentration to cause harm after trauma; the same trauma sustained either earlier or later may not trigger CRPS. The good news is that there are treatment methods, originally established for the treatment of other diseases designed to reduce or remove auto-antibodies, which can now been tried.

So chronic pain is not all in the brain. Abnormal peripheral nerve activity (phantom limb pain), or peripheral immune activation (CRPS) are probably the main culprits for causing some chronic pain conditions, and this should become treatable.