Ed Chen
Western thought, from the sciences to the arts, have been based upon the rich mythology and history of the Ancient Greeks and Romans.  One which seems to guide the subconscious thought of many of our political and financial leaders is the myth of Saturn (Chronos).  Saturn, the Roman name for the Greek God Chronos, became the ruler of the deities after overthrowing his own father.  However, Saturn, like most power hungry individuals, quickly aged and forgot the crimes perpetrated by his own father --
crimes and misdemeanors which first brought him to fight the good fight.  Saturn is so afraid of losing his hard won heavenly authority, that he eats five out of six of his children, as soon as they are born.

It is a well-known fact that there is a new sucker born every second, and this is fortunate for the captains of America.  Perhaps most accurately, newly born adults are food for the orgiastic rituals which drive and propel our society.  Children provide the justifications for their own consumption.  It is said that wars are fought to protect the young and secure the future.  Perhaps this is particularly true in recent times, since one justification for war uttered by a particularly well known American President was "he tried to kill my daddy." But this begs the question, why is it that the majority of soldiers have barely reached maturity themselves, and by most measures among so-called adults, would still be considered children themselves.  Perhaps more accurately, the 18-23 year olds who volunteer to fight our wars, are adults who have just been birthed into the world of adults, only to be eaten by the leaders of the same world.  This is why the wounded warriors in our society deserve so much care and affection, as it was through no fault of their own that their civilian leaders sent them into the meat grinder.  Leaders who in the previous two major wars fought by the US, had no substantive direct contact with the children they were eating, American or otherwise, or even any military experience to speak of.

Who pays the highest premiums with the least expectation of return for health insurance, life insurance, and social security?  The young and newly insured.  Did the latest health care bill address this?  Not likely, instead only increasing the pool of healthy individuals which provide profitability and more speculative (investment) capital to insurance companies ("the float") -- the same companies who have driven up the cost of healthcare for the next generation for the last generation.  Who pays the highest proportion of their income to social security?  --The newly born members of the workforce, most of whom will never see a return on their social security payments themselves, unless they are lucky enough to become disabled.  The vast majority of these workers will never even see their social security premiums fall as a proportion of their income, as they can probably never hope to reach the income cap of $106,800.  How does taxing the young and poor help the economy grow, while letting  old and well established individuals collect more income from young people doing all their work on the cheap?  How does this reflect American values as many say?  How does lowering taxes on the old, make America a freer society as some Republicans would claim?  How does maintaining social security as a slush fund for retirees enhance the public welfare as some Democrats would claim?

Who suffers from the ideological warfare waged by older and wiser individuals?  Battles which have taught our youth that might goes before right , that patronage is the way of the world, and that the public duty should be subsumed to private rent-seeking and self-interested behaviors?  Whose minds have been poisoned by the scientific doubt seeded by the same individuals that rant and rave about the loss of American Competitiveness?

Gore Vidal once said, in America there is one party with two wings.  He called this party the "Property Party."  However, while his statement may be accurate, his name for this party suffers from Marxist and class-based assumptions.  I would submit that if there is one party it is the Saturnalia Party: a ritual to feed the fed and save the old for a few more years -- since only the old vote.  Why not!  This is a Democracy. 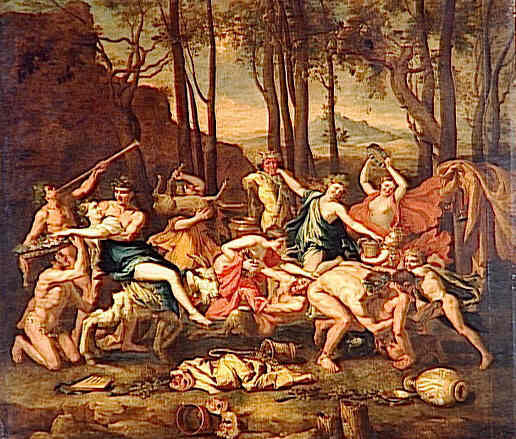