Cognitive enhancement is not about future generations playing video games via neural implants and thought interfaces. Presently, it is about a large fraction of the worlds scientist shortening their lives (speak about lifespan enhancement) via caffeine, nicotine, and sugar intake that leads to diabetes and cardio vascular illnesses via hypertension with high blood pressure and heart troubles, teeth grinding, frequent urination, and so on. Coffee is a must at all conferences. No brew, no chance of surviving afternoon talks in a fully conscious state.

The irony should be obvious: In a world with Modafinil and methylphenidate and where the cardio-toxic problems from caffeine are well known, exactly those who should know best, the scientists, are collectively ignorant. Why? Want it or not – cognitive enhancement is also about the idiotic war on drugs which is terribly costly to all of society.

Paul Erdös created mathematics with the help of Ritalin and amphetamines without becoming addicted over 25 years. Although some of the world’s most genius role models have proven that there are better ways, scientists today feel they would descent to the level of criminals, be drop-outs trying to get high, or join hippies gulping LSD in search of ‘outer dimensions’ if they were to embrace cognitive enhancement rationally. 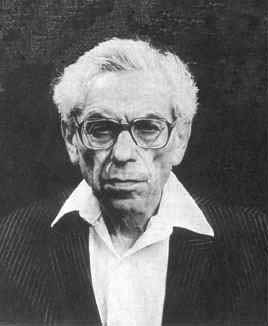 Cognitive enhancement is about insufficient health care for poor people with attention deficit hyperactivity disorder (ADHD), about the many undiagnosed who self-medicate, and it thus is once more about the profits of drug cartels selling methamphetamine, about the huge numbers of incarcerated innocent people, about real wars triggered by illicit drug economics, even about promiscuity and crime.

Cognitive enhancement is thus presently an urgent public health and safety issue. I hope to be able to help getting scientists from all over the scientific fields to recognize these issues as their own. Starting via their personal involvement and self-interest may do the trick. This in turn starts with the highly addictive cup of coffee in the morning. Which way can lead to a widely adopted, rational attitude towards cognitive enhancement? Might it be effective to go via technocrats, say convincing the Chinese leadership to allow Ritalin and Modafinil on a trial basis for scientists above the postgraduate level?

After all, scientists in predominantly indirectly repressive regimes are so brain washed by ‘Reefer Madness’ misinformation that they may not be the best target in an efficient campaign. Even those who know better are often pressured into contributing to spread misinformation. Perhaps only after Asia is firmly established as the scientific leader will Westerners wake up and recognize the significance of these issues.

Or do we need special citizen science? What way to go?