Martin Gardiner
It was no less than Aristotle himself who wondered “Why are the stones on the seashore which are called pebbles round, when they are originally made from long stones and shells?” In typical Aristotlean fashion, he not only asked the question, but went on to provide a very plausible explanation (see appendix below) – one which lay untested for more than 2000 years. It now been verified in practice by professor Douglas Durian and his Durian Research Group at the University of Pennsylvania, Philadelphia, US. 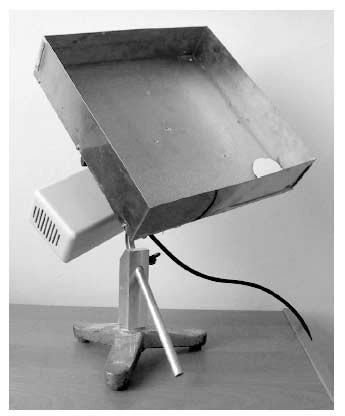 The team placed a number of sharp-cornered clay slabs (see pic. below right) in a rotating metal tumbler (see  pic. above). After three hundred revolutions, it was clear that the resulting ‘Laboratory Pebbles’ roundly supported Artistotle’s hunch. 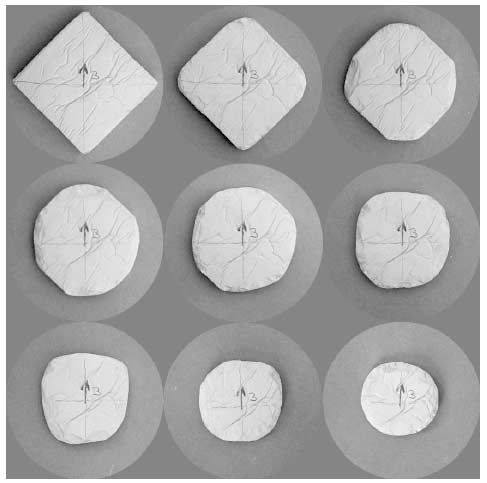 “Evidently the erosion is fastest at the corners, which protrude and have high positive curvature. Once the corners have been removed, the pebble reaches a nearly round shape that progressively shrinks.”

The experiments resulted in the publication of two scholarly papers: What Is in a Pebble Shape? (Phys. Rev. Lett. 97, 028001, 2006) followed up by Shape and erosion of pebbles (Physical Review E, 75, 021301, 2007)
It is hoped that the research could oneday lead to the possibility of mathematical ‘reverse erosion’ techniques, which might be able to reveal the shape of a stone as it was before it was eroded.

“Why are the stones on the seashore which are called pebbles round, when they are originally made from long stones and shells? Surely it is because in movement what is further from the middle moves more rapidly. For the middle is the center, and the distance from this is the radius. And from an equal movement the greater radius describes a greater circle. But that which travels a greater distance in an equal time describes a greater circle. Things travelling with a greater velocity over a greater distance strike harder, and things which strike harder are themselves struck harder. So that the parts further from the middle must always get worn down. As this happens to them they become round. In the case of pebbles, owing to the movement of the sea and the fact that they are moving with the sea, they are perpetually in motion and are liable to friction as they roll. But this must occur most of all at their extremities.”
Beachcombing in Academia
More Articles All Articles
About