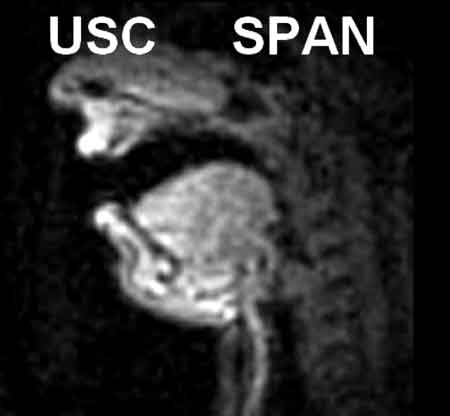 Click the framegrab at right to view (and hear) the resulting video (.avi format)

The digitised recordings showed that the sopranos were producing their notes in ways which were “well in accordance with the expectations” (backing up previous soprano voice research results obtained by other experimental methods).

Rather than leading to a full comprehension of soprano voice production techniques, however, the new study instead called into question whether sopranos might all be singing in exactly the same way – perhaps hinting at opportunities for further research?

“… based on our study, we cannot conclude that all sopranos employ generalizable strategies for resonance tuning the way it has been described in prior literature.”

The paper can be read in full here : Real-time magnetic resonance imaging investigation of resonance tuning in soprano singing.