Here is a flower we all (in the northern hemisphere at least) associate with Christmastime, Euphorbia pulcherrima, commonly known as the Poinsettia (or Weihnachtsstern = Christmas Star in Germany).  Euphorbias often have highly caustic sap, and some of the succulent species in Africa are quite inedible to humans, although baboons seem to cope with them quite nicely.  So as an amateur botanist I have always been slightly wary of this plant.  However, it seems I may have been worrying too much.  As Wikipedia relates:

In the United States and perhaps elsewhere, there is a common misconception that the poinsettia is highly toxic. This misconception was spread by a 1919 urban legend of a two-year-old child dying after consuming a poinsettia leaf.

which story is nicely related in an online article The Myth of the Poisonous Poinsettia.

South of the Equator, though, the Kiwis have their own Christmas flower.  In New Zealand, the beautifully scented Lilium regale flowers at just the right time.  Here are some L.regale New Zealand Hybrids together with Calendula (marigold) ‘Pink Sensation’.  Alas, the JPG file format does not (as yet) also encode for scent. 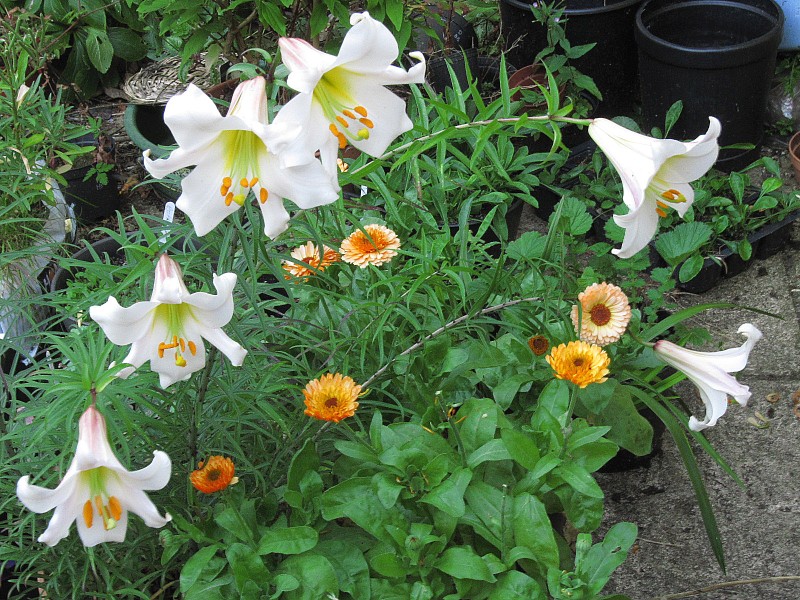 This got me searching for what might be Australia’s favourite Christmas flower, and I found this, pictured in the Lane Cove National Park in New South Wales:

The Australian National Herbarium tells us that the Christmas Bell (Blandfordia nobilis) is a small plant of the Lily family, one of only four species in this eastern Australian group. It entered cultivation in 1803 as a glasshouse plant in England, followed by the other Blandfordia spp. They are popular in Australia as wildflowers, but only native plant enthusiasts cultivate them in home gardens.

Although plants like this are often commonly called ‘lily’, they are only very distantly related to lilies.  Rather, along with daffodils and many others, they are part of the Asparagales, which are estimated to have diverged from the much smaller order Liliales, which besides lilies also includes tulips, as long ago as the early Cretaceous.  According to Wikipedia

The Asparagales appear to be unified by a mutation affecting their telomeres (a region of repetitive DNA at the end of a chromosome). The typical ‘Arabidopsis-type’ sequence of bases has been fully or partially replaced by other sequences, with the ‘human-type’ predominating.

That last bit does sound a bit like someone doing genetic engineering, backdated to well over 100 million years ago.

So what more for Christmas?  One could go diametrically opposite in Australia: 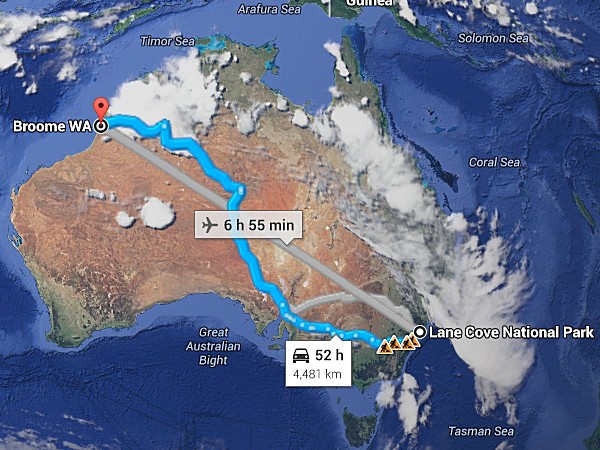 to the resort of Broome, which despite temperatures that can reach into the 40s does sound, to a television traveller like myself, like an ideal place to chill out.  One of the attractions is camel rides along the beach.

At this season, one might fancy riding along with two friends, all dressed in oriental robes, and knocking on the doors of surprised owners of motels in or around the town.

However, here is something which reminds me — almost — of back home in Reading.  A few weeks ago, I went into a local 99p shop hoping to buy something for the garden, but found that the whole section had been replaced by stands of festive paraphernalia.

This, however, is in the Middle East.  At the top it reads “Everything @ 2 shekels” (currently at 50¢ US) while the banner in the window reads “Christmas gifts and accessories”.  And the town is (see below ....).