Today in Science Codex I read this article

The Monster is a strange fossil, found only in the Mazon Creek fossil beds, roughly 30 miles south-west of Chicago.  It was found in 1958 by an amateur fossil collector named Francis Tully, and so perplexed palaeontologists that it acquired the name “The Tully Monster”, incorporated into its scientific name Tullimonstrum gregarium.  The sediments at Mazon Creek date to 307 million years ago (Upper Carboniferous aka Pennsylvanian) and the peculiar conditions of fossilization allowed this remarkable preservation.

The remains of plants and animals were rapidly buried by the sediment deposited in the deltaic system. Bacterial decomposition of the remains produced carbon dioxide that combined with dissolved iron from the groundwater. This process formed siderite in the sediments surrounding the remains, forming detailed casts of their structure. Lithification of the sediments formed protective nodules of ironstone around the now fossilized remains. This mode of preservation is known as authigenic mineralisation. (Wikipedia)

Not only animals, but also Plant Fossils are beautifully preserved.

Until recently, it was not known even to which major branch of the animal kingdom the Tully monster belonged.  But early in 2016 a detailed study (as outlined in the link at the beginning of this article) showed it to be a vertebrate, more specifically a lamprey.  Lampreys are perhaps the most primitive form of fish still existing today. Here is a cladogram of the Craniata (creatures with skulls) showing lampreys in relation to the hagfishes and to other vertebrates.  At bottom right are bony fish proper, including the Actinopterygii (the massively abundant ray finned fish such as the goldfish) and Sarcopterygii, strictly speaking the now rare lobe-finned fish such as the coelacanth, but as a clade including also all the land vertebrates from frogs to humans. 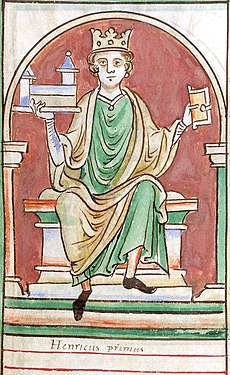 When I was young, one learned that King Henry I of England (reigned 1100 — 1135) died of a surfeit of lampreys.  Indeed, that was the first bit of information that brought these creatures to my attention.  He is buried somewhere in the ruins of Reading Abbey, in the town where I live.