Robert H Olley
At the dinner held 10 days ago for those who had retired as our department finally closed the day before, my previous PI (until 2002) recommended me to read

The Origins of the British: The New Prehistory of Britain

Stephen Oppenheimer’s extraordinary scientific detective story combining genetics, linguistics, archaeology and historical record shatters the myths we have come to live by. It demonstrates that the Anglo-Saxon invasions contributed just a tiny fraction (5%) to the English gene pool.

Two thirds of the English people reveal an unbroken line of genetic descent from south-western Europeans arriving long before the first farmers. The bulk of the remaining third arrived between 7,000 and 3,000 years ago as part of long-term north-west European trade and immigration, especially from Scandinavia – and may have brought with them the earliest forms of English language.

As for the Celts – the Irish, Scots and Welsh - history has traditionally placed their origins in Iron Age Central Europe. Oppenheimer’s genetic synthesis shows them to have arrived via the Atlantic coastal route from Ice Age refuges including the Basque country; with the modern languages we call Celtic arriving later.

There is indeed a deep divide between the English and the rest of the British. But as this book reveals the division is many thousands of years older than previously thought.

Until recently, most people had taken on board the 19th century story that the Celts had poured out of Hallstatt in Austria and moved through La Tène in Switzerland, only arriving in Britain a very few centuries before Julius Caesar (venit, vidit, but didn't vicit).  Oppenheimer traces the source of this error to Herodotus, who thought that the Danube rose near the Pyrenees, an error which our Homo Victorianus ancestors clung to, rather than evidence from Greek and Roman authors who placed the origin of the Celts in South-West France.

The most helpful customer reviews on Amazon make good reading: here are links to those from Britain and the USA.

It makes a very plausible read.  Most of the unfavourable customer reviews are concerned with its readability, but IMO that's nothing that readers of Science 2.0 would not be able to cope with. 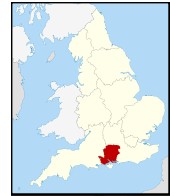 One thing puzzled me, though.  The University of Reading Silchester Project has uncovered Ogham (Celtic) inscriptions from the time after the Romans left.  Silchester is located in Hampshire, in England well away from the area where old Celtic remains are generally found.  Is this a case of Welsh people moving into England after the Romans had gone?


Beamlines
More Articles All Articles
About