A study out tomorrow in Nature by researchers from the Institute of Healthy Ageing at the University College of London and colleagues is questioning the anti-aging effects of sirtuin – which is “just”the most important anti-aging gene of the decade - claiming that its capacity to increase longevity was nothing more than an experimental error, and showing that,once the flaws are corrected, sirtuin has no effect on lifespan.

The work by Filipe Cabreiro, Camilla Burnett, Sara Valentini, David Gems and colleagues in Hungary and the US will shake the anti-aging research world, as well as the multi-million dollar industry linked to it, and it will not be easily accepted. But even if this is not the first time that some experiments are questioned, it is the first time that researchers are able to identify problems in the original experiments and show that when they are corrected the outcome is very different (and not in one, but in six of them). In other words, these new results will not be easily fought off.

Like Oscar Wilde’s "Dorian Gray" character, modern society obsesses about losing youth so much that we have turned the anti-aging industry into a multi-million dollar giant with one of the fastest growing 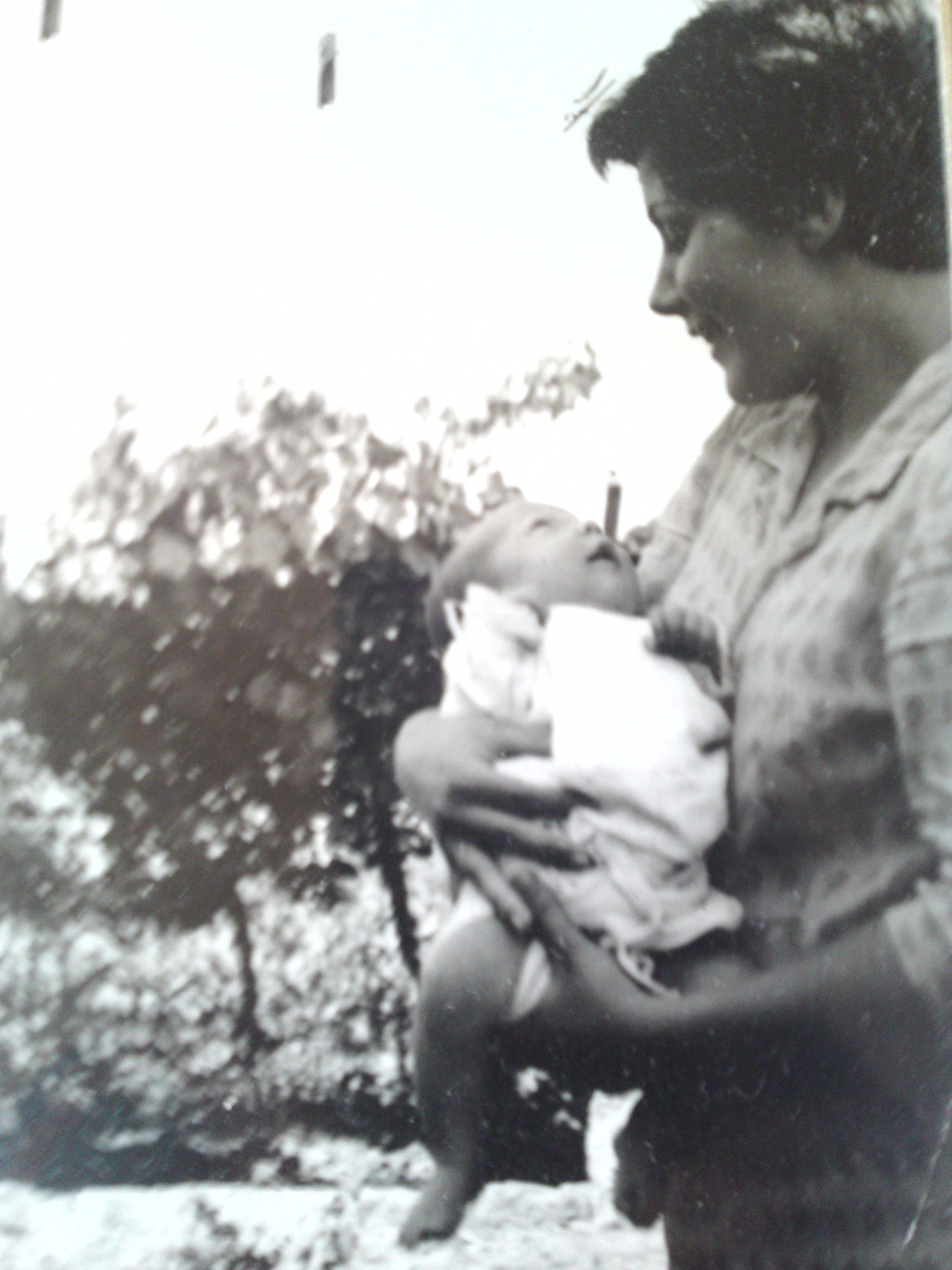 markets in the world.

And in the last decade, sirtuin has probably been one of the industry’s biggest bets, ever since high levels of this protein were linked to longer, healthier lives in a variety of animals and it was suggested that they could be behind the increased longevity seen with calorie restriction (drastic restriction of calories, without malnutrition is known to increase longevity and retard age-related diseases).

So how did we get here, 10 years on, concluding that it is all a mistake?

The whole story starts in 1999 when it was discovered that an extra copy of the sirtuin gene increased yeasts’ longevity up to 30 %. Amazingly,a similar effect was found in a variety of different animals: fruit fly, the roundworm Caenorhabditis elegans and even mice. In roundworms,hyper-activation of the sirtuin gene was described to increase longevity are markable 50% more. But it was when sirtuins were linked to the high longevity obtained with calorie restriction that things got really exciting.

Calorie restriction increases lifespan and delay age-related diseases in a variety of organisms, including mammals and, apparently(since the experiments have not finished yet) even non-human primates,suggesting that it might also be relevant in humans. If sirtuins were behind calorie restriction, then their study could be the key to understanding our own aging, and fighting it.

To the media the idea of being able to extend life was nothing less than irresistible, but to researchers the possibility of reducing diseases associated with aging – such as diabetes, cardiovascular diseases and neuro-degeneration - was no less tempting and in 2003 the first molecule capable of activating sirtuin was found. Resveratrol is a natural ingredient of red wine and its discovery was followed by a frenetic search for synthetic equivalents (preferentially more potent) to patent and develop. By then sirtuin's potential was considered so high that the company launched by those involved in its discovery was bought by the pharmaceutical giant GlaxoSmithKlein for $720 million. Since then several synthetic equivalents of sirtuin have been found and at least one tested as far as human trials, with no conclusive results. Meanwhile anti-aging creams with red grapes extract have already been launched in the market riding on the wave of attention that grabbed the media, with even the New York Times giving sirtuins and resveratrol several main pages.

Inside the academic world another mood was stirring, with several groups starting to challenge revesratrol’s capacity to activate sirtuins among claims of artifacts and improper controls, only to have the “pro-sirtuin field” producing more supportive experiments and new explanations further rustling the field. And then, sirtuins’ effects on longevity started to be challenged too.

So what was happening, and why were scientists having such a hard time agreeing on the results?

The problem is that aging is a complex process and one very hard to study.  Longevity – contrary to things like number of limbs or eye color - is not an exact number or a “yes”or “no” result, but instead a subjective measurement that can be affected by many factors with some being particularly difficult to detect like laboratory environment or inbreeding. This also means that to be able to take conclusions when it refers to longevity, the experiments, and particularly their controls, have to be flawless.

So the contradictory results regularly popping up in the sirtuin research field led Camilla Burnett, Sara Valentini, Filipe Cabreiro,David Gems and colleagues to wonder if there could be some kind of experimental design problems going on, and, finally, go back for a close and through look at the original experiments.

One of the biggest issues in this type of assays - where a gene is studied by introducing it into a species without it and then have this new population compared with control animals (animals from the same species but without the new gene) to know the function of the gene- is the confounding effect of the genetic background (the remaining genome). In fact, not only these new genes (called transgenes - genes brought from another species) tend to be carried with “activators” or “carriers” that can themselves have an effect on longevity, but also these new animals need to be bred in order have numbers enough for a statistically significant comparison, what can create problems. This comes with the fact that during the time needed to achieve enough animals, both transgenic and control populations change, losing and gaining genes as well as mutations.So when the two populations are finally compared they have many more differences than just the transgene.

The way to sort this problem is by crossing the transgenic population back with controls (this is called backcross) a few times assuring that both groups have the same genetic background (only differ in the gene to test). And this was not done in any of the original sirtuin experiments.

So to investigate if this lack could have led to errors in the experiments that launched sirtuin’s effects on longevity, Cabreiro and colleagues looked back at two of the initial transgenic roundworms - both with multiple copies of the sirtuin gene (so high quantities of sirtuin) and higher longevity – and backcrossed them several times with control animals. What they discovered is that the resulting roundworms now showed normal lifespan despite conserving high levels of sirtuin.

This basically meant that whatever was increasing longevity it was not sirtuin. In one of the transgenic worms the researchers were  even able to identify the gene behind the increased longevity as a known anti-aging gene called Dyf. On one of the roundworms they also blocked the sirtuin gene to see that longevity was not affected, confirming that sirtuin had no effect on lifespan.

Next Cabreiro and colleagues testeda transgenic fruit fly – also from the original experiments - with a “switch” that hyper-activated the sirtuin gene and increased lifespan. This time, after the transgenic population was backcrossed, the resulting flies still lived longer than control animals but not than flies with only the “switch (and no sirtuin). In other words, longevity was not linked to sirtuin but, instead, to the “switch”. Confirming these results, when the researchers constructed a new transgenic fly with much higher levels of sirtuin and no “switch”, all obtained flies had a normal lifespan.

The researchers also tested resveratrol, the component of wine that supposedly activates sirtuins and is at the basis of several anti-aging products already in the market. But, despite the multiple tests done by the different laboratories using different methods, no effect of resveratrol on sirtuins could be found.

The conclusion, proved in this study over and over, is that sirtuins have no effect on longevity and that several of the essential experiments of the” anti-aging sirtuin theory” were wrong due to design flaws what raises the question; why did it take 11 years to detect these?

The new results will not be accepted without a fight, there is just too much at stake, and in this same edition of Nature researchers linked to some of the original experiments in worm  reply accepting that they did mistakes but also claiming to have produced new transgenic roundworms that do not lose their high longevity when backcrossed. Interestingly they also refer , as proof that sirtuins work, to a published article where again no backcross was done.

Whatever happens now, and even if Glaxo and the original researchers keep pursuing the “anti-aging sirtuin theory”, its credibility has been strongly shaken. Will the anti-aging creams based on resveratrol disappear from the market? Will investors notice this article? The answer to both is “probably not”. But it will be difficult for Glaxo or any other company, to justify human trials until they can prove without doubts that sirtuin has an effect on lifespan and aging-linked diseases. This is an exciting story and one that people inside and outside of the field will no doubt be following close...