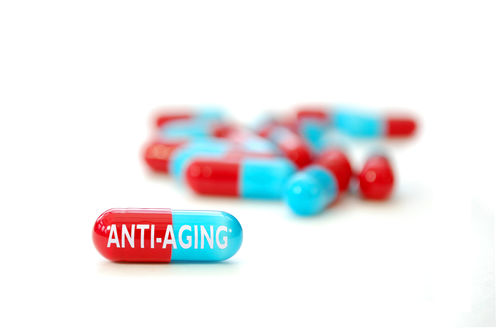 Last month a team of doctors and scientists made the case to regulators at the Food and Drug Administration (FDA) to consider approving anti-aging drugs as a new pharmaceutical class.

Such a designation would treat aging as disease rather than a natural process, potentially opening the door to government funding for anti-aging drug trials.

To some, such a drug may seem impossible. Yet, the physiologic basis for it exists. In fact, some candidate drugs, such as metformin, used to treat diabetes, are already being safely used for treating other conditions. Many scientists believe that designing an anti-aging medication is a matter of “when,” not “if.”

Yet the very idea of a quick-fix pill for stopping, and perhaps even reversing, nature’s intricate biologic clock thus far has proven to be a hubristic notion. There is much we need to learn about how the aging process works. And while some drugs have shown promise as anti-aging treatments in the lab, we don’t know how well, or even if, they will work in humans.

What actually happens to us when we age?

Aging remains a mystery. While the visible changes of gray hair and wrinkles are unmistakable, what goes on inside your body is less clear. According to leading theories, aging is an accumulation of damage inside your cells, the building blocks of your tissues.

Cells continually receive cues from your body and the environment that can accelerate age-driving processes such as oxidative damage and inflammation. These processes are interdependent – woven in a complex maze that is perplexing and daunting for researchers.

Rather than trying to extend life by individually targeting prevention and treatment of common age-related diseases such as heart disease, stroke and cancer, scientists are looking for a “master control switch” that can regulate the divergent and overlapping pathways that contribute to aging itself.

Since aging is the biggest risk factor for developing such diseases, an anti-aging medication that can flip this switch would theoretically not only slow or stop aging but would also defer many diseases associated with aging.

And that is what some of the drugs scientists are investigating may be able to do.

A drug from dirt: rapamcyin

Discovered more than 30 years ago in soil samples from the Polynesian island of Rapa Nui, rapamcyin is perhaps the leading contender in the race for the first anti-aging drug.

It is already FDA-approved for use as an immune suppressant that reduces organ rejection in kidney transplants. It is also used to treat certain cancers, since it can stop cells from growing.

In 2009, researchers made another observation about this versatile drug: when fed to mice at the equivalent age in humans of 60 years, it gave them a boost in life expectancy – an impressive 38% in female mice and 28% in male mice. It has also been proven to extend lifespan in yeast, worms and fruit flies.

Rapamycin’s ability to extend life in these animals comes from its ability to block a cell’s mTOR pathway – which gets its name for being the “mammalian target of rapamycin.” mTOR controls many diverse processes that affect how a cell grows and proliferates. It is one of the master switches researchers have been hoping to find – a unifying pathway in all of our cells that can control the rate of aging as well as the risk of diseases such as heart disease, cancer and Alzheimer’s dementia.

mTOR gets its cues from hormones as well as nutrients. When food is abundant, mTOR signals cells to absorb nutrients and grow. The very process of growing and metabolizing food, however, creates byproducts that stress and age cells.

Restrict calories and mTOR signals cells to stop growing – and hence slows aging. What makes rapamycin attractive as an anti-aging drug is that it can block the mTOR pathway without the need for restricting calories. We don’t know much about how resveratrol affects humans. Grapes via www.shutterstock.com.

Finding a drug that can mimic calorie restriction – which otherwise may not be practical or sustainable – has become a focal point for anti-aging research.

Mostly an experimental tool, calorie-restricted diets are ones that reduce calorie consumption by 30%–40% while still including all needed nutrients.

It was discovered as a way to extend lifespan in the 1930s when Clive McCay, a nutritionist at Cornell University, incidentally observed that rats that were on calorie-restricted diets were living considerably longer than their litter mates. Since then, calorie restriction has been proven to extend life in yeast, worms, flies, certain strains of mice and some nonhuman primates.

Exactly how calorie restriction extends longevity isn’t known, but is likely to involve reducing stress inside cells caused by harmful byproducts, called free radicals, that are produced in the process of breaking down food.

Blocking the mTOR pathway is one way to mimic calorie restriction a la rapamycin. David Sinclair, an Australian researcher now based at Harvard, has been studying another pathway: a group of genes called sirtuins. Similar to mTOR, one of these genes, SIRT1, may be a unifying pathway, or master regulator, with the potential to extend lifespan and prevent a slew of age-related diseases.

SIRT1 is switched on by calorie restriction. In 2003, Sinclair and his colleagues made the discovery that resveratrol, a natural compound found in grapes, red wine and certain nuts, can also turn on SIRT1 – and extend lifespan in yeast by 70%.

However, given to mice on a regular diet, resveratrol did not show the same impressive life-extending results. This, along with other studies, has raised questions about resveratrol’s anti-aging benefit.

While research continues on resveratrol, over a hundred other drugs have been studied that can activate sirtuin genes – with the leading three currently being studied in human trials. Searching for drugs that can flip a master-switch longevity gene is one approach to extending lifespan. Researchers are also looking at other ways of manipulating genes.

Telomeres, caps at the end of chromosomes that shorten every time a cell divides, are one potential target. When telomeres are dwindled down, a cell can no longer divide, and dies.

Ronald DePinho and his group at the Dana-Farber Cancer Institute in Boston have been studying how manipulating telomerase, an enzyme that can preserve these tips, affects mice.

Other researchers are looking for a drug that could ramp up telomerase, in particular as a potential treatment for people with rare disorders that cause premature aging. But there is a caveat to this approach: ramping up telomeres could potentially encourage cells to divide indefinitely and become tumor cells.

Another longevity gene that is being explored is the Klotho gene. Klotho is an aging suppressor gene. Researchers have discovered that mice without Klotho age faster and are more prone to age-related diseases. It’s much too early to know if manipulating Klotho will affect human longevity.

Of mice and men

These drugs are all amazing and groundbreaking, yes – but not in humans. The role of mTOR, sirtuins, telomerase and Klotho in human aging is more nuanced and complex than in lab animal studies. Making the leap from mice to men – and realizing the futuristic vision of communities full of active, healthy, independent centenarians – will require overcoming many hurdles.

Rapamycin’s life-extending ability in invertebrates and mice is encouraging but it remains to be seen whether it will have the same longevity benefit in humans. Rapamycin is also not without side effects. It can raise cholesterol and blood sugar.

And, a 2012 study of long-term rapamycin treatment in mice reported increased incidence of cataracts and testicular degeneration – not very sexy for a longevity drug.

Another unresolved question is whether rapamycin would suppress the immune system of healthy people, which may slow aging while making people susceptible to otherwise innocuous bacteria and viruses.

Despite widespread acceptance, scientists do not yet know if long-term calorie restriction is nutritionally safe or effective in humans. Although encouraging in lab animal models, calorie restriction doesn’t seem to have the same life extending benefit in non-lab, or wild, mice. Studies in nonhuman primates and humans are under way, but it will be years until we know the results.

While the race to find the first true anti-aging pill – and our obsession with eternal youth – continues, it is easy to overlook that we already have a proven “breakthrough” for slowing aging and delaying or preventing age-related diseases: following a balanced diet full of fruits, vegetables and whole grains and getting regular physical activity. And, all the side effects, I promise, are ones you will enjoy.