Catarina Amorim
Bacteria have lived for millions of years in our planet where, with an impressive capability to adapt, they now colonize virtually every environment, including us. But as tiny one-cell organisms they had to learn to work together to be powerful enough to act on the environment and other organisms. And now, new research has discovered that their evolution is triggered exactly by these interactions, as scientists from Centre for Environmental Biology at the University of Lisbon in Portugal and the Institute Pasteur in Paris show that bacteria’s genes for secreted proteins - the ones that mediate the interactions with the outside - evolve faster than any others in the genome.

The fast changing pace of these secreted proteins also suggests that they are the basis for bacterial adaptation, and should be the first stop for researchers looking for new ways to fight bacterial infection, exploit their resources or simply trying to understand these organisms better. 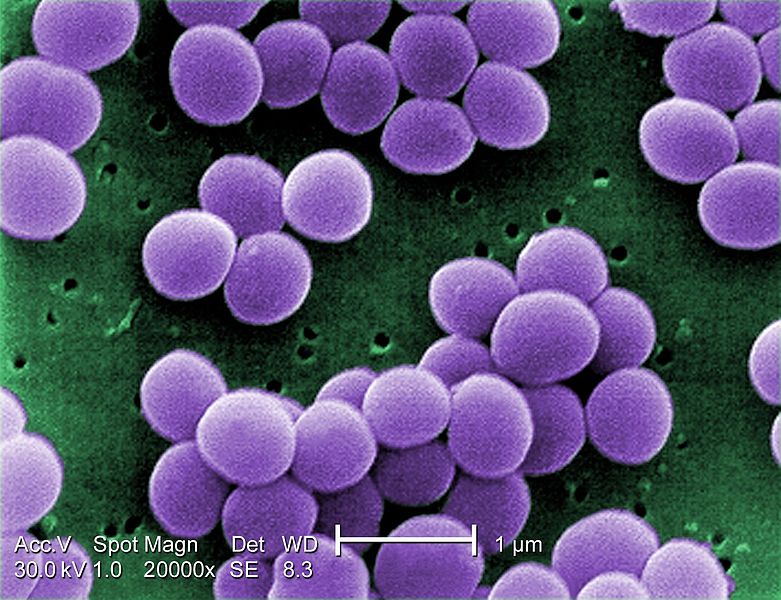 It has become clear, that though we can be killed by bacteria we cannot live without them either. From stimulating our immune system, provide vitamins that we cannot synthesize, affect diabetes and obesity to even protect us against other pathogens, bacteria can be both for or against us. The increasing awareness of this always-present relationship has turned more urgent than ever the need to understand better these microorganisms so we could tip the balance in our favor when necessary.

And the core of any bacterium's life is the secretome – bacteria’s secreted proteins that mediate their relationship with the outside world and have functions as diverse as capturing food, changing the environment to suit bacteria’s needs or interacting with other organisms. What is particularly interesting with this approach to the outside is that is has a crucial problem – once secreted these proteins become “public goods” available to be exploited by any organism in the vicinity. And if the “freeloaders” cannot be stopped, the bacteria producing proteins can be driven to extinction and replaced by the cheaters.

A strategy to avoid this - seen for example in Escherichia coli a common bacterium in humans – is to make the secretome genes highly mobile using horizontal gene transfer, a non-sexual process where genes “jump” from one individual to another. As the secretome genes (also called social genes due to their role in bacteria-bacteria interaction) spread to other bacteria, the population producing proteins increases reducing freeloaders’ numbers until their stealing no longer matters.

But genes with high mobility also have high chances of being lost or changed as they leave a genome to enter other. And this - together with the evolutionary competition (where a species evolve as result of having to escape or pursue other) occurring between bacteria and their hosts, parasites or predators – made researchers Teresa Nogueira, Marie Touchon and Eduardo P. C. Rocha  think that social genes should be under strong evolutionary pressure to change rapidly and, as such, vital in bacteria’s evolution.

To test this hypothesis they looked at more than 400 bacterial genomes, many pathogenic for humans, first grouping them according to their genetic similarities and common ancestors, to then compare their genes according to the localization (inside and outside of the cell) of their proteins. They found that although only a small part of the bacterial genome produced secreted proteins, its size was relatively constant and not dependent of the bacterial genome size with this consistency suggesting an important role for the organism.

Next, thry searched for the social genes within the genome and, confirming their suspicions, these were located in its most mobile parts: the accessory genome (a supernumerary part of the genome where there are no genes essential for survival) and the plasmid (a piece of extra DNA outside of the chromosomes).

Not only that but they also found that social genes existed only in some bacteria species within a group indicating they had appeared recently (otherwise they would have had time “jump” into the other species), supporting the idea that these were genes changing rapidly. But were they changing faster than the rest of the genome?

To answer that the researchers looked for orthologous proteins (proteins in different species that originated from a common ancestor), comparing their rate of change in the secretome with the rest of the genome. Again, not only secreted proteins had higher rates of change, but they also showed a type of change, called non-synonymous substitutions, that is known to lead to proteins with new biological functions.

In conclusion, social/secretome genes not only are localized in the most mobile parts of the genome, but they also show signs of accelerated change and of having evolved to produce new proteins recently supporting the idea that they are crucial in bacterial adaptation.

“Remarkably what our work shows,” says Nogueira, “is that cell localization shapes genome evolution. Bacteria evolution is triggered by the interaction with neighboring bacteria, by what they are producing and releasing to the surroundings (the secretome). Most importantly, this also means that the repertoire of genes coding for secretome can be seen as a therapeutic target for the control of bacterial infection. And with resistance to antibiotics already considered one of the greatest threats of modern health, all help is welcome.”