Patrick Lockerby
Random Noise #19 : How Many Things Have Scales? 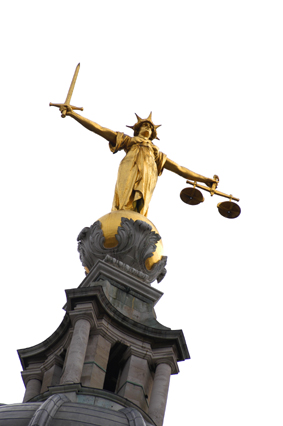 The famous scales of justice used to be about a fair and balanced trial.
Today, scales of justice are rates of pay  for lawyers based on how much justice the client wishes to buy - a matter of simple economics.

Fish have scales - how else are they supposed to keep to their prescribed diets and slip through nets ?

Models have scales - how else are they supposed to cheat on their diets?

An overweight person may, when weighing themselves, adhere to the rules of snooker and pool and keep one foot on the floor.  This tactic should be used with extreme caution when visiting a doctor.  The doctor may record that the patient's weight is substantially off the scale.


Computer models have scales - that's how statisticians make non-normal data resemble normal data: they use the Box-Cox  scale or similar.  The Box-Cox fit-the-curve scale should not be confused with the fit-the-box scale, even though both can relate to economics.

The fit the box scale is a model-making scale where a standard size box is used and the model is scaled to fit the box.  This scale was made famous by Revell, a US plastic models company.  Apart from a standard range of HO scale kits, most of their kits were to oddball scales.  The British company Airfix produced model kits mainly in recognised standard scales such as 1:72, 1:144 etc.

By comparison with companies producing standard scale model ranges, the Revell method of producing a whole welter of oddball-scale models seems crazy.  However, it is an interesting case study for economists - and they don't even need to resort to the Box-Cox method.

A manufacturer setting up a new business selling model kits in 1943 would be faced with a choice of methods: standard scale models with non-standard boxes, or vice versa?

Airfix, in about 1950, solved the packaging problem by using plastic bags sealed with folded paper instructions sheets.  Revell appears to have taken the view that boxes look more professional than bags.  As an ecomomy measure, I suggest, they standardised on a few cardboard box sizes to secure economies of scale.  They then produced kits which would fit those standard size boxes.  I suggest that it was a deliberate policy decision to make kits that, mostly, only just squeezed into the box.  This would enhance apparent value for money.  Revell kits continue to be sold world wide.  It seems that the fit the box scale wasn't such a crazy idea after all.