Tweet
Video games are big business, far larger than movies and music - combined. Yet you never see video game developers being interrupted at lunch so fans can take a selfie. More money plus more privacy is a good industry to be in.

For the 190 million gamers in the US, it can be a little trickier. Complaints of bullying in games are common, and women complain about it more than men.

Recent data show 42 percent of gamers in the US are female, while a recent survey shows 10 percent of them report being stalked.

It is unknown what percentage of women in the broader world feel stalked, it's subjective unless a police action is taken, but it is reasonable that 4% may feel that way. It's no surprise that nearly half in video games don't feel accepted. Half of people don't feel accepted in most places. Games are often a place where people who don't feel accepted go to find a community, and that may take some time.

The big question is, if it is women who feel targeted more how does anyone know? My assumption in games has been that 80% of 'women' in games are men using female avatars. And nearly 60% of women do not reveal their gender so I am not far off. This has become pretty well-known, to such an extent there are jokes about it. 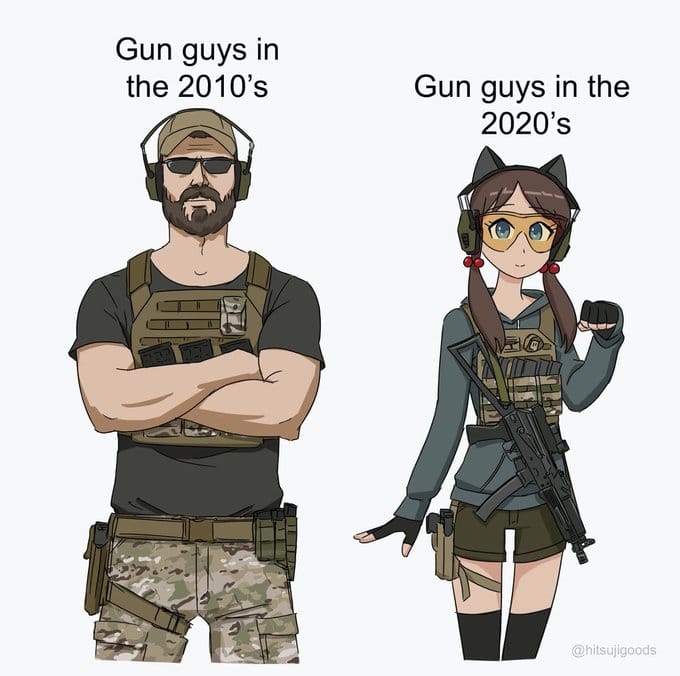 I use female avatars a lot. Many games are third-person, so do I want to look at my middle-aged self for 40 hours or a woman? Duh.

Unless you enable voice, which is probably only necessary in some kind of squad shooter, there is no way to know - and even then a young boy and an older girl can sound a lot alike.

Avatars don't tell the story. I play as a female often for a simple reason. Most games are third person and I'd rather look at a woman than a man. And sometimes the playing experience can be dramatically different adopting a different sex. When "Mass Effect" came out I first played it as the super-soldier that came out of the box but in future playthroughs I played as good and bad, as female, and in "Mass Effect 2" even did all that plus building relationships with different characters.(1)

Let's assume this middle-aged white guy is not some outlier harbinger of diversity and tolerance and that about a million people did the same thing as men and mixed up the experience. Are we to believe we are then harassing gamers based on their avatars? Twice as many women cite their fathers as the reason they're into gaming than mothers. These men are great girldads and then stalking other girls? It can happen in a sample of 8 billion but it's still too rare to allow for anecdotes to mean sweeping generalizations.

And then there is a style difference. Lots of people are a lot more blunt, caustic, and whatever else remotely. Men may be jerks but they may not see it as harassing. They weirdly may see it as equality.

It's far less common in California but back east when I grew up back east insults, put-downs, and just generally getting under the skin if it would be funny or gain an advantage was called "bustin' balls" - it was only a problem if you didn't know the person well or went too far.  It was not done to most women unless they had opted in by doing it first.

If men didn't do it to women then but now do, that could be a twisted version of fairness. But is that harassment if it is done to women equally? Obviously that is simplistic but there are a lot of questions and the people making glib absolutist statements are selling something.

Men may even be winding women up if they they sense the 'girls can be gamers too' attitude in a group where no one said they couldn't and didn't ask and didn't care, like here. If you have a hot button on your arm someone is going to push it. But your tolerance, how thick your skin is in an actual diverse group of personalities, is up to you.

In California, provocation may feel like harassment while if you live in Montana you may give it back and more. It's subjective. If a San Francisco person moves to Austin, they may feel like they are not part of the cool kids even though Austin is really left-wing.(2)

The world is not converging on being nicer but America is. If only 16 percent of women - on a survey they opted into, so an outlier community already - feel judged by men, it is statistical noise. If nearly 50 perent of women feel judged by men and women then being female has nothing to do with it, they just stereotype gamers the same way organic food trade groups stereotype scientists.

One thing telling aside from the rest is that 83 percent of women feel that women are over-sexualized in games. I can't say I see it, but that may be because I don't over-sexualize anything. Would I rather look at an attractive woman than an attractive man? I would. But games have both. If men don't see the problem but more women do, it may be that it has nothing to do with the game or the gaming community.

(1) Sorry, Kaidan, in "Mass Effect" you die every time, even the xenophohic Bible thumper was less annoying than you.

(2) In Sacramento, 44 percent of the population is white, yet Sacramento Kings player Chris Webber once said he wanted to leave because it was not diverse enough. Well, he was from a neighborhood that was over 90% his skin color - obviously not diverse, but everyone looked like him.