Tweet
Paul Thacker, once an up-and-coming journalist whose early zealotry became so worrisome even his former mentor disavowed him, has made key connections in his career due to sharing the right politics and the right anti-science positions.  Which is to say left.

Insiders at the New York University Arthur L. Carter Journalism Institute feted him, giving him talks and money and thus prestige among other progressives. Liza Gross, a non-scientist editor at Public Library of Science (PLOS) gave her fellow NYU award recipient Thacker a free pass to smear scientists in an op-ed. It was retracted after the outraged science community criticized its obvious agenda - Union of Concerned Scientists is no friend to science but even they couldn't stomach a PLOS editorial encouraging activists to harass and bully scientists using FOIA - and they promised to do better about letting outsiders use their platform for malice. Their management rushed to assure the community that Gross simply copy edited editorials and had no science input and would not be allowed to use her position to undermine scientists again.

The signs were all there even for those in Thacker's political tribe to see, if they cared about good journalism and were not just promoting the 'science is a corporate conspiracy' narrative popular among those who buy organic food, believe vaccines cause autism, and think that natural gas extraction is causing the earth to deflate.

Now it is impossible to ignore. Thacker's attacks on people who embrace science are so reckless that a school teacher in Maryland, Stephan Niedenbach, had to get a restraining order against him. 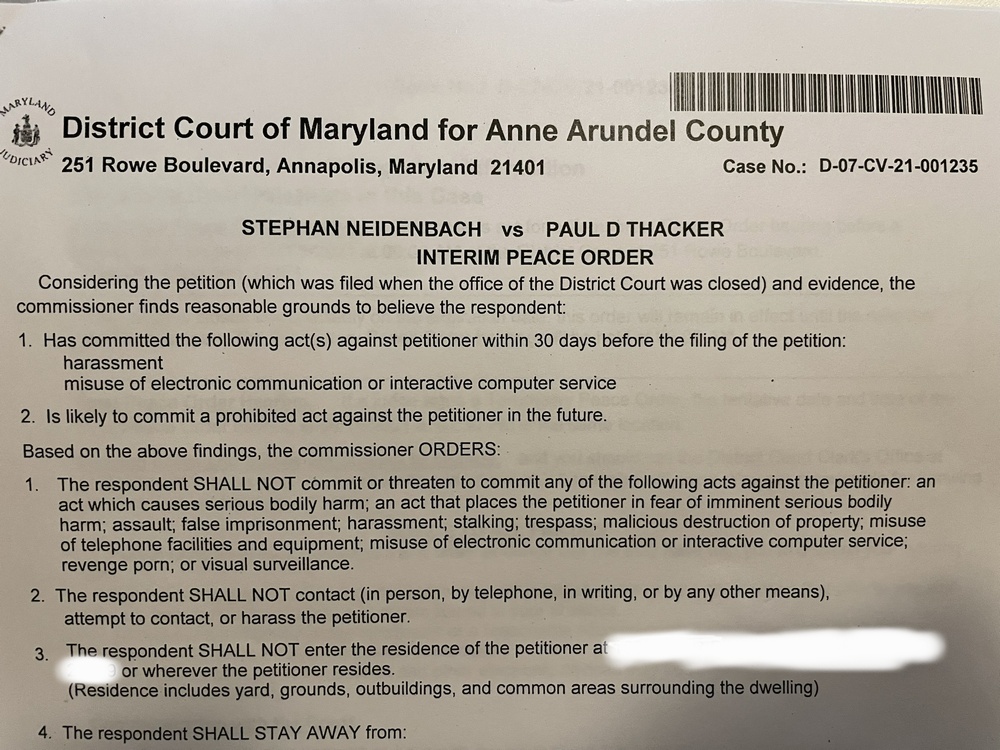 Most of the community just lets the weird attacks by Thacker and his fellow travelers roll off, but a school teacher has a perception problem if detractors are loud enough. For a nonprofit, it is less of a worry. What will happen, he and his allies will stop donating to science sites? They never did in the first place. They're instead in business to oppose science.