Thanks, Environmentalists: During A California Drought, Laws Require So Much Water Flow The Stanislaus River Is Dangerous
By Hank Campbell | June 10th 2021 02:19 PM | Print | E-mail

Tweet
Environmentalists believe the Pacific Ocean needs more water, and also that no new water infrastructure can be built, which leads to one of the bizarrely counter-intuitive events that have made California famous across America.

Despite a drought, laws that environmental lawyers lobbied to get in place during politically sympathetic administrations mean that 1,500 cubic feet per second of water must be dumped by law from the New Melones Reservoir until...no one knows when. 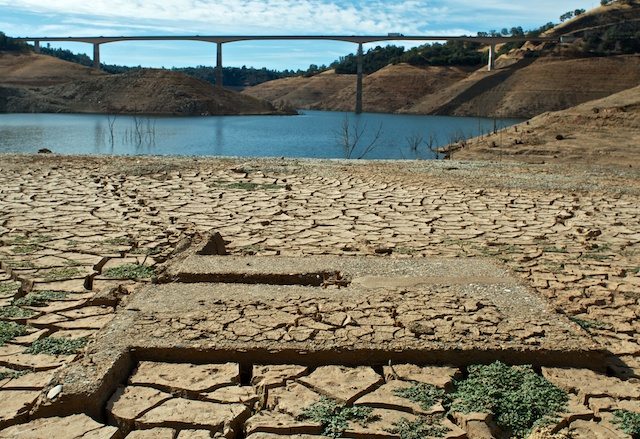 During droughts, like the last one in 2014, lake levels get so low you can see the foundations of old buildings that existed in its previous incarnation, like this from Melones.

It's a rate so rapid that it creates a safety hazard on the Stanislaus River - water so high and currents so fast it puts people at risk. And that means the Bureau of Reclamation is required by law to warn anyone on the river it might be dangerous to be on a raging river during a drought.

We instead need to warn people that they're not going to have any water - but San Francisco Bay will. Even though it's the last place in the state that needs it.