Tweet
Is 20 times the speed of sound fast?  Yeah, that's fast.  So fast it seems likely that it caused the  unmanned arrowhead-shaped Hypersonic Technology Vehicle (HTV-2) contracted by Defense Advanced Research Project Agency (DARPA) to suddenly crash in the Pacific a few minutes after slicing through the sky at Mach 20 last August.

The engineers don't know exactly why but they have an educated guess; "impulsive shock waves"  were "more than 100 times what the vehicle was designed to withstand" and some skin peeling off actually resulted in all of it being lost.

The flight successfully demonstrated stable aerodynamically-controlled flight at speeds up to Mach 20 (twenty times the speed of sound) for nearly three minutes. Approximately nine minutes into the test flight, the vehicle experienced a series of shocks culminating in an anomaly, which prompted the autonomous flight safety system to use the vehicle’s aerodynamic systems to make a controlled descent and splashdown into the ocean.

When it works as planned, it will be able to go from Los Angeles to New York City in 12 minutes. 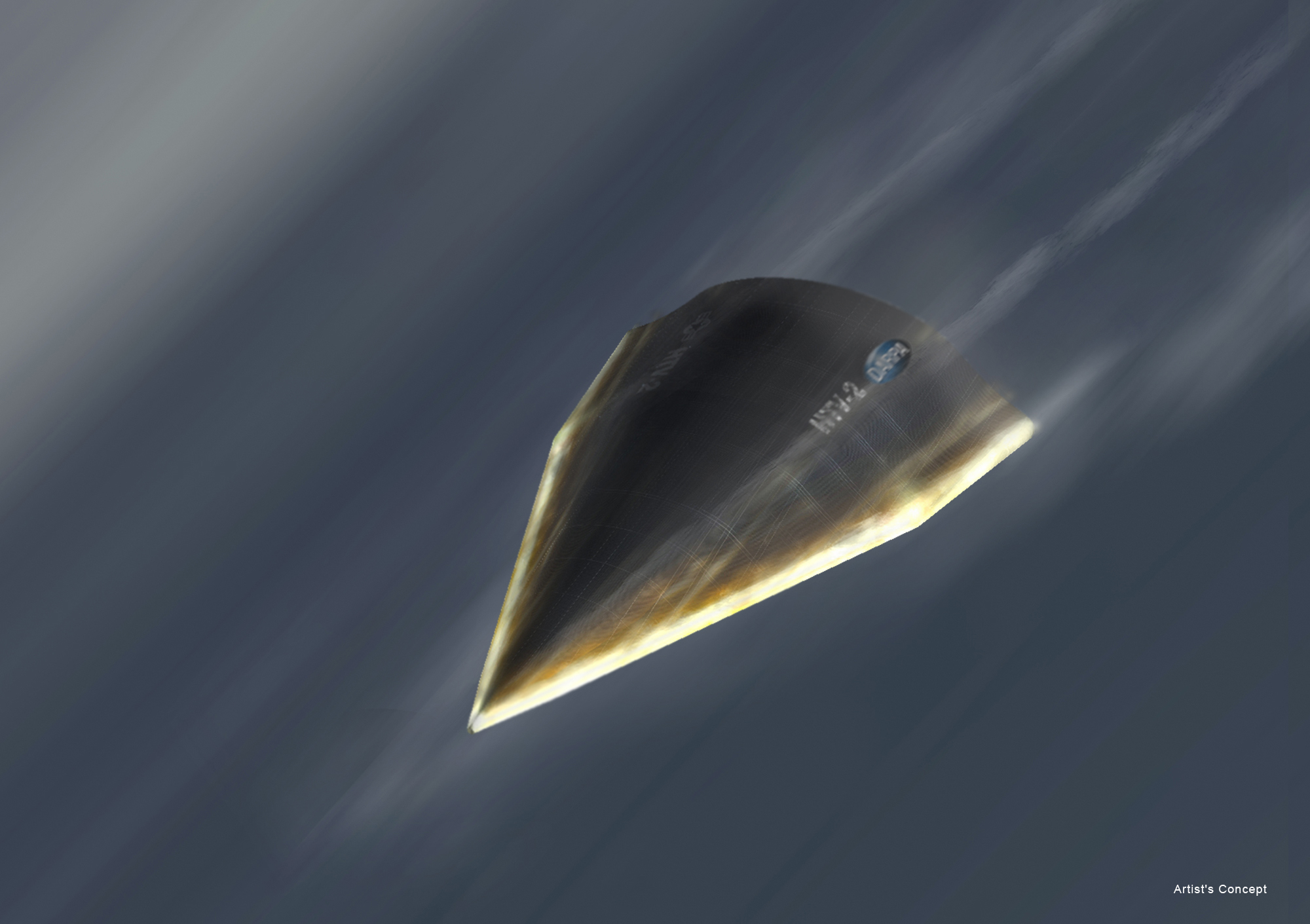 Obviously HTV-2 program engineers will do a new round of characterizing thermal uncertainties and heat-stress allowances for the vehicle’s outer shell—the goal of which, ultimately, is to have the capability to reach anywhere in the world in less than one hour.