Pepe Gallardo
Cosmological Constant - it's the blog's title, but something more, As you may know, Einstein himself called it his greatest blunder. Why did he say these words? Let us see...
When Albert Einstein developed his General Theory of Relativity he found out that the Universe was expanding... Eh? Yes! Galaxies are moving away each other. He thought this was not possible because his working model was a perfectly spherically symmetric one. To stop this expansion (well from a mathematical point of view) he modified the equations and to get a stationary universe. This modification was carried out by the so called cosmological constant.
Einstein was happy with the theory (as we are!)... A few years later (not many: General Relativity was born in 1916 and what I'm going to say occurred in 1927) Edwin Hubble stated, according to observations in the telescope and empirical details, the Universe was expanding (and of course is). When Einstein had notice of this he spoke about the blunder and so on.

Did Einstein make a mistake?

Yes and no... Or in some way no. Obviously, he misspoke when he said that Universe was stationary. But keep in mind that he only believed that his model of such an Universe was a certain one (spherically symmetric one) and he developed the theory according to that model. We can conclude that what was wrong were Einstein's model not Einstein's equations! Note that the cosmological constant is like a brake to expanding Universe. It stops that expansion.

Why in some sense didn't he make a mistake? Cosmologists don't know if the Universe will expand at current rates, if it will slow down and then contract. It seems that it could be related to energy of empty space. This energy could make the Universe contract, and then it seems that one could use the cosmological constant again to explain the theory. Or some kind of cosmological constant may be needed.
Then from some point of view Einstein didn't make a mistake, but he was ahead of his time... Again!
Its value?

Einstein used capital lambda Greek letter to denote the cosmological constant, Λ. Currently, Its value is not known and may be equal to zero, and some cosmologists claim for a nonzero value (but close to it). To calculate it is a striking problem for today's Cosmology. Some cosmologists state that the value of the constant is, according to current measurement obtained, is 1.934*10^-35 s^-2... Another open problem around our Universe. 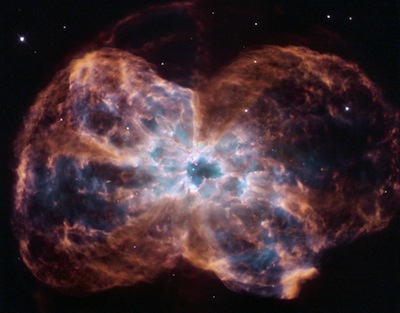 I'm a Math teacher (high school) in Spain and I want to write about mathematics and cosmology, which I also like. I talk about the Universe in the...