Millions of people are suffering from back pain, making it a major continuous source of physical discomfort for many. Normally, each vertebra in the spine is cushioned by intervertebral discs (see figure 1). But these discs can degenerate due to age or injury, potentially pinching nerves, causing pain and impeding movement. The normal course of treatment for degenerated discs, is the administration of painkillers, physical therapy and steroid injections to ease inflammation. As a last resort, surgery to fuse two vertebra together can be done, limiting back flexibility. Artificial discs have been developed in the past few years, but these are all made of plastic or metal, and they can wear out and don’t provide a full range of motion. 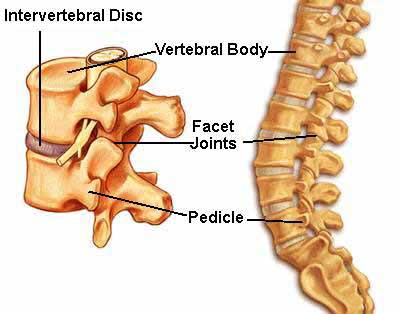 Degenerated discs, however, might soon be replaced by lab-grown bio-engineered disc implants (see figure 2). A research team from Cornell University has successfully implanted bio-engineered discs of living tissue into the spines of rats. The discs were created using an artificial scaffold, with collagen on the outside and a gel on the inside. Subsequently, two types of living disc cells were added: one from the outer edges of an intervertebral disc, which was added to the collagen, and one from the center, which was added to the gel. Next, the discs were grown for two weeks, after which they were implanted into rats’ spines. 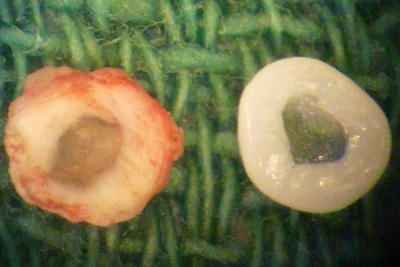 Figure 2: A normal rat intervertebral disc (left), and a bio-engineered one (right).

The results were encouraging. The discs provided as much cushioning space as natural ones, and they even integrated with the surrounding tissue, as normal discs do. Over the next six months, the rats were closely monitored and the discs showed no signs of wear-and-tear, the discs could still bear as much weight and move as freely as regular discs.

Of course, moving from rodent tests to human testing doesn’t happen overnight. In order to get there, the technology has to be scaled up to human size, which is very likely to be the next step in the research.

Another point of consideration, is that the rats used lacked complete immune systems. So, part of the challenge is to prevent the human immune system from attacking these lab-grown discs. However, since no blood vessels innervate spinal discs, the chances of the immune system attacking are reduced. The immune issues could be circumvented through using the patient’s own cells to craft the disc.

So, human lab-grown intervertebral discs won’t be for tomorrow, but they’re on their way.