A newly discovered fossil, found in South America, bears resemblance to Scrat, the sabre-toothed squirrel well-known for his antics in the Ice Age movies. In reality, though, the creature is known by the slightly more complicated name of Cronopio dentiacutus. It was found in the La Buitrera locality in the Rio Negro Province, Argentina. It belongs to the dryolestoids, an extinct mammal group that belongs to the lineage that led to modern marsupials and placental mammals.

Some striking features are the short, rounded skull, the elongated rostrum (the ‘snout’) and the long canines (see figure 1). Finding a mammalian skull from the early Late Cretaceous is quite notable, since they tend to be fragile, small, and are thus rarely uncovered. Mostly, teeth and small bone fragments are found. But here, two fairly complete skulls were uncovered. 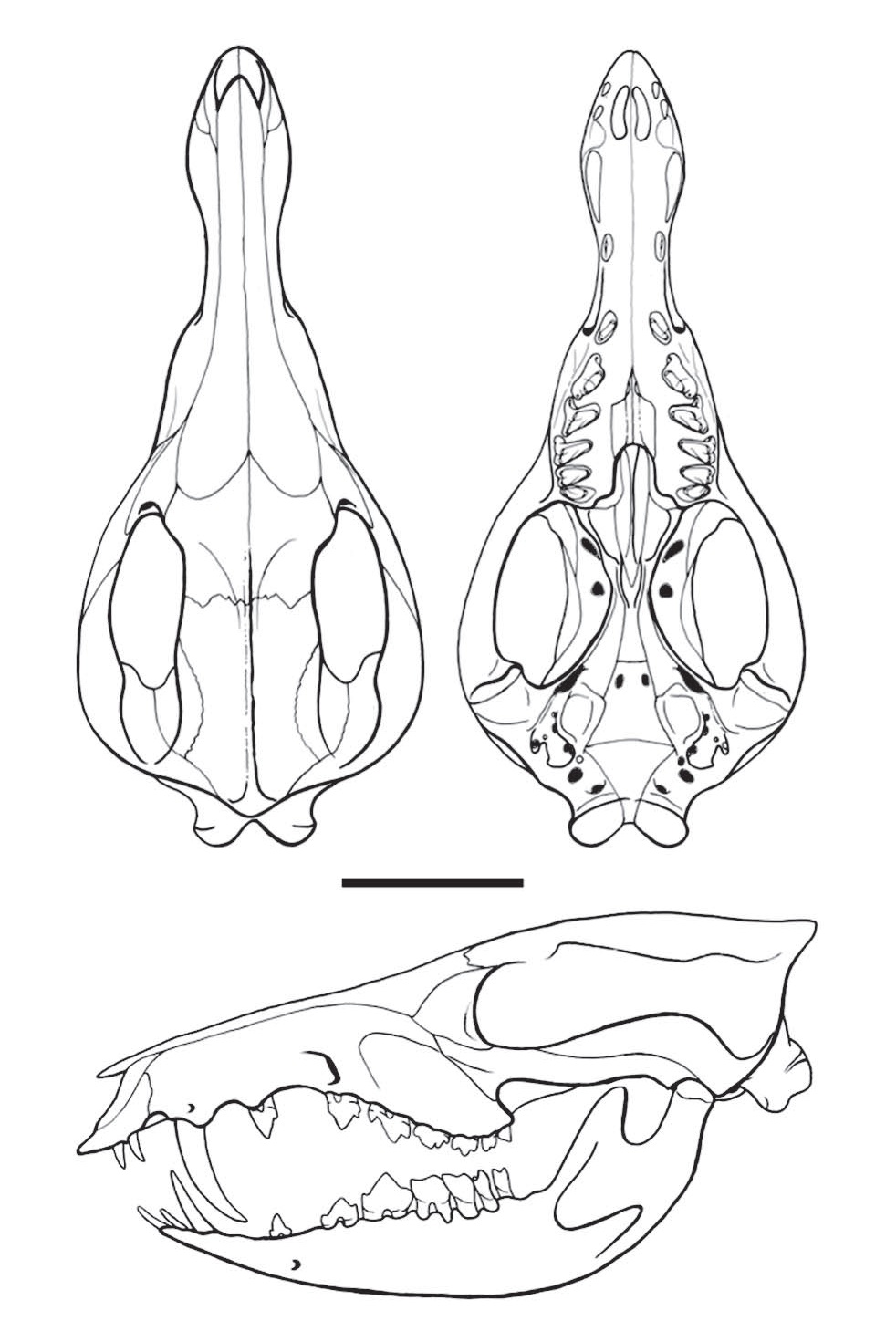 Figure 1: Reconstruction of the Cronopio skull.

A phylogenetic analysis (see figure 2) identified the newly discovered animals as members of a cluster of South American dryolestoids, representing the establishment of an endemic Cretaceous South American biota. 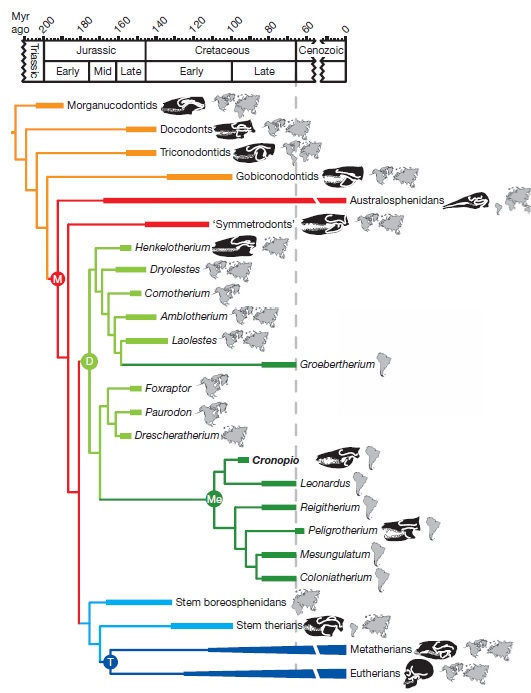 The potential importance for the understanding of the origin and evolution of South American mammals  of this finding is mentioned in the conclusion of the authors:

Cronopio is an integral part of the evolutionary history leading to the South American mammalian communities of the Late Cretaceous; however, it shares no close ties with prototribosphenidan, australosphenidan or triconodont mammals from the older Middle Jurassic and Early Cretaceous localities of South America. This faunal difference points to a minimum of one major faunal change in South America between the Middle Jurassic and the early Late Cretaceous. Cronopio and other mammals yet to be described from La Buitrera locality are, because of their good preservation and relative completeness, our best hope to address the origin and early evolution of the Mesozoic mammalian faunas of South America.