Erin Richards
As we watch TV, listen to the radio or flip through the pages of a magazine, most of us ignore the relentless onslaught of advertising. But are we in fact being persuaded and influenced by the glossy pages of that magazine or that 30 second commercial? The prevalence of advertising on consumer preference has long been debated by communication and psychology professors alike, none of whom can agree to the meanings of their research, which have all yielded vague and inconclusive results. A new area of study has suggested that human response to advertising is based on our cognitive efficiency instead of marketing manipulation.

New research, led by cognitive scientist Mark Changizi of Rensselaer Polytechnic Institute, could shed light onto the dubious effects of advertising on the human psyche. His results, published in Perception, show why direct exposure to repeated ads increase consumer preference for those products and is most significant for advertisements which consumers are the least aware of even having seen. 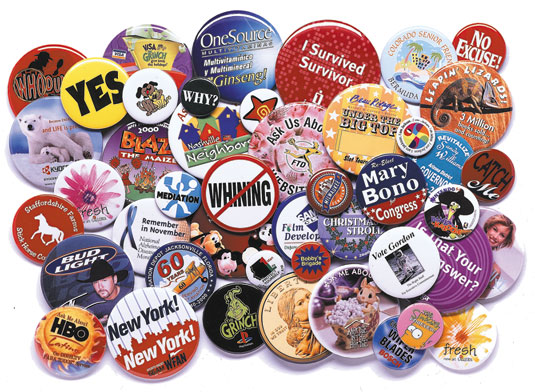 Visual exposure to objects can unconsciously affect our consumer preferences and affect the way we feel about and buy products. Photo credit: Ed Web Portal School of Education

It has long been acknowledged that repeated visual exposure can initially increase preference for that stimulus, but this is not a limitless phenomenon. The advertising preference scale is a bell curve. Over-exposure can cause saturation of the stimuli, which can cause annoyance and then distaste for the previously preferred product or media content. Imagine a song heard on the radio, as you listen to the song a couple of times, you enjoy hearing it. But then imagine that the song was played every time you got in your car. Eventually the over-saturation of the song would lead to distaste instead of enjoyment. The same holds true for advertising. Although this curve seems to be irrational, Changizi argues that this is an ancient cognitive mechanism.

“A rational animal ought to prefer something in proportion to the probable payoff of acting to obtain it,” said Changizi. “The frequency at which one is visually exposed to an object can provide evidence about this expected payoff, and our brains have evolved mechanisms that exploit this information, rationally modulating our preferences.”

According to Changizi, a small number of visual exposures to a product will raise the probability of acquiring the product, due to our piqued interest and idea of rarity and value which all increase our preference toward it. Overexposure to a product informs the brain that the object is overabundant, and not as valuable, lowering our preference for the product and reducing our probability of consumption.

This image shows how we view messages and advertising. Images may affect our preferences for products initially being positive and then negative when image is over exposed. Photo credit: San Diego State University- Rohan Academic Computing

The study also showed a significant increase in product preference for advertising that remains unrecognized by consumers. When the visual exposure occurs without conscious recognition, the preference is enhanced.

When exposed to subtle advertising, such as products or logos featured in movies or television, consumers rarely notice these efforts, but our brains register their presence and moderate our preferences based on this non-conscious exposure.

Although our preferences may be affected by the amount of exposure that we encounter when viewing media, perhaps if we are more aware of what is entering our visual filters, we can be more conscious about the types of products that we purchase.