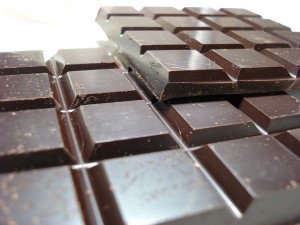 Scanning headlines last week, one may have been persuaded that chocolate consumption preserves and improves memory functions for aging brains. In reality, this news should not inspire the purchase of an extra bag of Halloween candy.

Flavanols, the active ingredient class tested in the study published last week, are found in a variety of foods. One of those is chocolate. And, since the study was funded in part by Mars, which produces a flavanol-containing supplement, chocolate was the targeted treatment.

The study found that subjects who took a large amount (containing 900 mg of flavanols) of cocoa beverage performed better than those that drank only 10 mg on a batter of memory tests. The high-flavonol group did better: “If a participant had the memory of a typical 60-year-old at the beginning of the study, after three months that person on average had the memory of a typical 30- or 40-year-old,” said principal investigator Scott Small.

A 20 year age reversal sounds to good to be true. And many researchers caution that it is. Part of the reason was the size of the study, fewer than 40 people, which doesn’t  significantly eliminate the chance that the results were a fluke or prove that flavanols caused the memory change.

Another issue is the relatively huge amount of chocolate needed to consume the 900 mg of flavanol, or 138 mg of epicatechin, specifically:

To consume the high-flavanol group’s daily dose of epicatechin, 138 milligrams, would take eating at least 300 grams of dark chocolate a day — about seven average-sized bars. Or possibly about 100 grams of baking chocolate or unsweetened cocoa powder, but concentrations vary widely depending on the processing. Milk chocolate has most epicatechin processed out of it.

Consuming seven or more (full-size, not fun-size) bars a day presents some health and memory issues of its own. Besides the extra calories, blood sugar spikes are known to be associated with memory impairment. So by trying to get the flavanol effect, people could put themselves at risk for memory impairment through other mechanisms.

Bottom line: Enjoy your chocolate, but it’s not medicine yet.