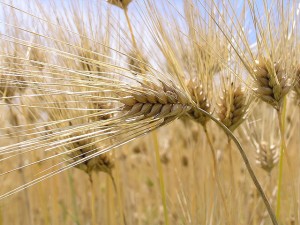 What’s the fastest expanding section at your local grocery store? Here in Austin, Texas, gluten-free foods, once relegated to a stand-alone display at the health food store, now take up half of an aisle at the big box store and are healthily represented in the frozen foods section.

Companies are exponentially expanding their product selection to fill a rapidly increasing demand. Millions of people have adopted a gluten-free diet in the last fifteen years. This far exceeds the number of people that the healthcare system can, via blood test, identify as having celiac disease. Celiac causes a highly reactive allergic reaction that permanently damages the nutrient-absorbing lining of the intestines when exposed to gluten.

But, only about one percent of the population truly has celiac disease, Michael Specter writes at the NewYorker, and that one percent can in no way account for the huge surge in the popularity of wheat-free products:

Nearly twenty million people contend that they regularly experience distress after eating products that contain gluten, and a third of American adults say that they are trying to eliminate it from their diets. One study that tracks American restaurant trends found that customers ordered more than two hundred million dishes last year that were gluten- or wheat-free.

The gluten-free craze may just be another fad diet, following in a long line of not necessarily evidence-based ways of eating readily adopted by Americans. But there is some evidence that the incidence of celiac disease has increased about four-fold since the 1950s, when less than 0.2 percent of the population showed an immune response to gluten.

Some proponents argue that the increase in incidence of people with gluten sensitivities is related to widespread consumption of genetically modified wheat, something this site has debunked extensively. But, experts told Specter that the genetics of the dietary gluten protein found in wheat had not been changed significantly in the last fifty years:

“The wheat grain is not a lot different than it was fifty years ago,’’ [said] Joseph Murray president of the North American Society for the Study of Celiac Disease. “Chemically, the contents just have not changed much. And there is something more important to note. Wheat consumption is going down, not up. I don’t think this is a problem that can be linked to the genetics of wheat.”

Specter, an amateur bread baker, points to the addition of extra gluten in the form of vital wheat gluten, a highly concentrated powder form of the protein as part of mainstream baking processes.

It helps make bread fluffy and resilient to chemical leavening. Perhaps, he hints, increases in gluten sensitivity is a response to the gluten-bombs most modern breads, pastas and crackers have become thanks to the addition of highly concentrated gluten on top of the gluten already present in wheat flours. The connection is now being studied at the Mayo Clinic.

Regardless of cause, the time frame and affected populations indicate that whatever is going on with gluten is largely environmental and doesn’t represent a shift in human (or wheat genetics). “That suggest[s] that whatever has happened with celiac disease has happened since 1950,’’ Mayo Clinic’s Joseph Murray said. “The increase affected young and old people equally.” These results imply that the cause is environmental.

Meredith Knight is editor of the human genetics section for Genetic Literacy Project and a freelance science and health writer in Austin, Texas. Follow her @meremereknight. Reprinted with permission. Read the original here.